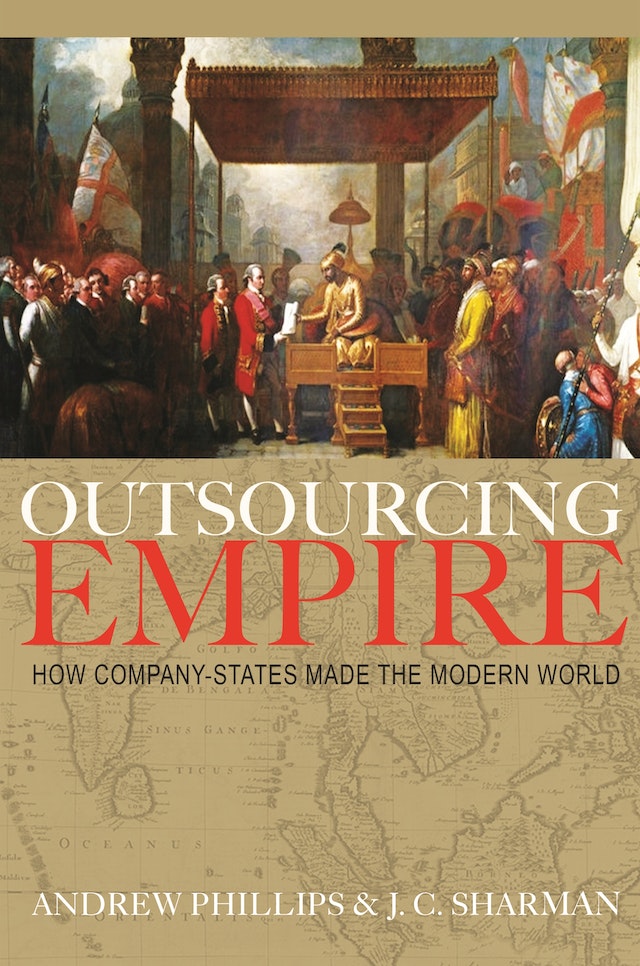 Princeton University Press is publishing a new book on the history of chartered company and their historical contribution to the global order.

From Spanish conquistadors to British colonialists, the prevailing story of European empire-building has focused on the rival ambitions of competing states. But as Outsourcing Empire shows, from the seventeenth to the twentieth centuries, company-states—not sovereign states—drove European expansion, building the world’s first genuinely international system. Company-states were hybrid ventures: pioneering multinational trading firms run for profit, with founding charters that granted them sovereign powers of war, peace, and rule. Those like the English and Dutch East India Companies carved out corporate empires in Asia, while other company-states pushed forward European expansion through North America, Africa, and the South Pacific. In this comparative exploration, Andrew Phillips and J. C. Sharman explain the rise and fall of company-states, why some succeeded while others failed, and their role as vanguards of capitalism and imperialism.

In dealing with alien civilizations to the East and West, Europeans relied primarily on company-states to mediate geographic and cultural distances in trade and diplomacy. Emerging as improvised solutions to bridge the gap between European rulers’ expansive geopolitical ambitions and their scarce means, company-states succeeded best where they could balance the twin imperatives of power and profit. Yet as European states strengthened from the late eighteenth century onward, and a sense of separate public and private spheres grew, the company-states lost their usefulness and legitimacy.

Bringing a fresh understanding to the ways cross-cultural relations were handled across the oceans, Outsourcing Empire examines the significance of company-states as key progenitors of the globalized world.

Andrew Phillips is associate professor of international relations and strategy at the University of Queensland. He is the author of War, Religion and Empire.
J. C. Sharman is the Sir Patrick Sheehy Professor of International Relations at the University of Cambridge, where he is a fellow of King’s College. His books include Empires of the Weak (Princeton) and The Despot’s Guide to Wealth Management. Phillips and Sharman are the coauthors of International Order in Diversity.