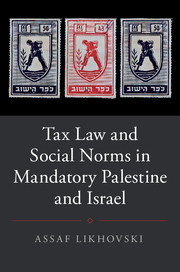 The MPI for European Legal History has a scholarship available to work on the library of Lourdes Lascurain de Doucet and Gaston Doucet. The scholarship supports a stay in Frankfurt for scientific research related to the library collection, starting between January and March 2018, for maximum 90 days (lump sum of € 44/day). Travel costs will be reimbursed. An appartment at the Institute can be rented at about € 650/month.

The scholarship is specifically directed at scholars who do not reside in Frankfurt, or come from Latin America.

Information concerning the application (in Spanish):

Anne Holthoefer (Saint Anselm College) published an article on the "construction of international crime" and the interbellum.

Conference Humanitarianism and the Remaking of International Law: History, Ideology, Practice, Technology
Call for Papers: Deadline 1 September 2017
The language and logic of humanitarianism occupy an increasingly central place in international law. Humanitarian reason has shaped the ideology, practice, and technologies of international law over the past century, including through the redescription of the laws of war as international humanitarian law, the framing of mass displacement and armed conflict as ‘humanitarian’ crises, the use of humanitarian justifications for intervention, occupation, and detention, and the representation of international law as an expression of the conscience of humanity.
For some, this trend is clearly positive – international law is reimagined as humanity’s law, humanity as the alpha and omega of international law. Yet critics have pointed to the dark side of these developments and of the humanitarian logic operating within international law, arguing that consolidation of the laws of war has served the interests of powerful groups and states at key moments of potential challenge to existing systems of rule, humanitarianism has been taken up as a language to rationalise the violence of certain forms of occupation, intervention, and warfare, international humanitarian law has displaced other more constraining forms of law as the world becomes imagined as a global battlefield, humanitarian NGOs have served as a fifth column that has enabled particular forms of social transformation and constrained others, and a supposedly impartial humanitarianism has displaced politics.
This conference will bring together scholars working in law, history, international relations, and political theory to think critically about the ideology, institutions, practices, and technologies that condition modern humanitarianism and its relation to international law. Confirmed speakers include Amanda Alexander, Leila Brännström, Markus Gunneflo, Helen Kinsella, Martti Koskenniemi, Dino Kritsiotis, Frédéric Mégret, Naz Modirzadeh, Gregor Noll, Rose Parfitt, Hani Sayed, Ntina Tzouvala, Boyd van Dijk, and Fabia Veçoso. Selected papers will be published in an edited collection by a leading publisher.
Paper proposals related to the conference theme are now invited. Possible topics for papers include:
Those proposing papers for presentation at the Conference should submit a one page abstract and brief bio by email to Professor Anne Orford at laureate-intlaw@unimelb.edu.au by 1 September 2017.

David Schorr reports on H-Law that a new bibliography of Israeli legal history has been published by the David Berg Foundation Institute for Law and History at Tel Aviv University. 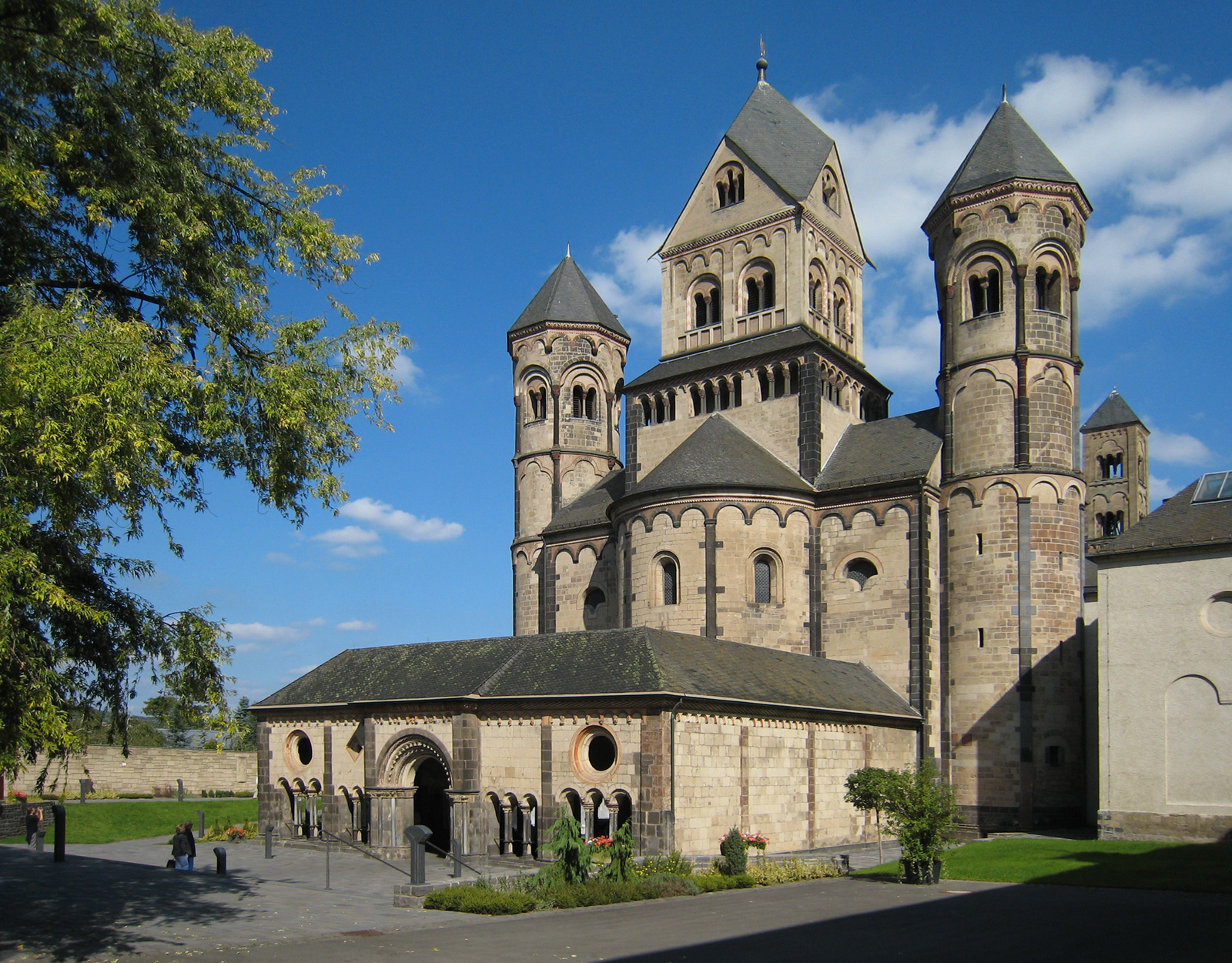 
Source: HSozKult.
Posted by Frederik Dhondt at 1:15 PM No comments:

The European Society for the History of Political Thought (ESHPT, http://europoliticalthought.wordpress.com ) invites proposals for individual papers and panels for its next international conference. In view of the contiguous research areas with (comparative) legal history, we reproduce the call:

Amongst the keywords that have shaped the language of media, public conversation, politico-economic discourse and academic debate in the last few years, ‘crisis’ holds a prominent place. The term is applied to a huge variety of domains: from the never-ending cries of a ‘global economic crisis’ to descriptions of war zones as ‘crisis-torn’, on to characterisations of professionals as ‘crisis-experts’ as well as references to governmental ‘crisis-management’ teams. The frequency with which the word is utilised though does not signify clarity of meaning, nor does it denote historical and theoretical accuracy with regard to its origins and usages. In fact, the wide range of uses makes it for much uncertainty: from indicating stark alternatives and non-negotiable decisions, it has assumed vague connotations, which might be seen as a sign that the current historical era is deeply marked by instability and lack of clear direction(s).
If the Oxford English Dictionary stresses that ‘crisis’ pointed, first and foremost, to the medical sense of ‘the turning-point of a disease for better or worse’, before the connotations closer to those normally referred to nowadays, that is of ‘times of difficulty, insecurity, and suspense in politics or commerce’, it is important to underline that plenty of historians have reflected on crisis from different angles. Economic and social historians (Eric Hobsbawm, Hugh Trevor-Roper, Roland Mousnier, Geoffrey Parker and others) have addressed the ‘general crisis of the seventeenth century’ as a series of calamities in Europe inaugurating the dynamic development of capitalism and the emergence of modern states. In a similar vein, Paul Hazard described the late seventeenth-century ‘crisis of the European mind’ as leading to the Enlightenment, while according to Reinhart Koselleck enlightened ‘critique’ represented a challenge (i.e. of the political by the social, ethical and cultural), and ‘crisis’ the moment of subversion. In each of these approaches the idea of ‘crisis’ comes across as a kind of ‘testing time’ that might give rise to new experimentation. As a matter of fact, this throws interesting light on the current, apparently ‘critical’ predicament of liberal democracy and the agenda this might prescribe for political theorizing.
Whilst taking into consideration these approaches (which are just a sample), our conference at Heidelberg University, where Koselleck was a student and wrote Kritik und Krise, is shaped by the thematic and methodological preoccupations of the history of political thought. Our aim is to broaden some of these themes in new directions and investigate the notion of ‘crisis and renewal’ (also as a mirror image of work on ‘decline and fall’). We ask papers to focus on the ways in which the self-reflection of innovative thinkers in critical times moulded their vocabularies and the modalities in which the ‘critical’ element of their contributions was articulated. We invite proposals that address, but are not confined to, the following questions:
- How does political thought react to critical moments in history?
- Does political thought produce ‘crisis/es’?
- Are moments of ‘crisis’ also moments of creativity for the history of political thought and political theory?
- Are existing concepts at a given time suited to face crises or are established principles employed in different ways to respond and make sense of them?
- How can we theorise, indeed reflect both theoretically and historically, vis-à-vis (notions of) ‘crisis’?
- How do we account for the complex changes and developments occurred in the meanings of ‘crisis’ from ancient Greece (where the word was coined) up to the last few decades?
- What trajectory/ies did ideas of crisis take in different contexts at different historical junctures?
- What are the relations between political ideas and material factors such as famine, war, weather etc. in conjunction with ‘crisis’?
These questions need to be addressed by embracing the full geographical and chronological spectrum of ‘European political thought’ from antiquity to the present. Given the interdisciplinary nature of the ESHPT and of the discipline of the history of political thought, we welcome papers and panels seeking to cover some of the questions above from multiple methodological and historiographical perspectives (e.g., political thought, political theory, history, philosophy, law).
Keynote speakers: Erica Benner (Berlin)
Paschalis Kitromilides (Athens)
Proposals for individual 20 minute papers should be no longer than 250 words, and proposals for panels should not exceed 500 words. Short CVs of the speakers should be added (name, institutional affiliations, major publications – no more than five). Panels at the conference will normally last 90 minutes, with 3 papers each. (Exceptionally, panel proposals consisting of more than 3 papers can be accommodated.)
Please send your proposals by 30 September 2017 to László Kontler, kontlerl@ceu.edu, cc to Gregor Stiebert, gregorstiebert@zegk.uni-heidelberg.de.
Authors will be notified of paper acceptance or non-acceptance by 15 December 2017.
Posted by Frederik Dhondt at 1:09 PM No comments: