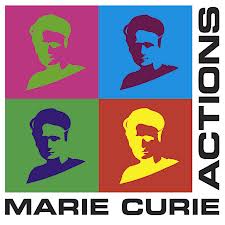 PIMIC‐ITN: Power and Institutions in Medieval Islam and Christendom, an integrated training network in research and diffusion for comparative history, is offering 10 PhD Fellowships
(each worth c. 50,000 Euros per annum for three years)

“Power and Institutions in Medieval Islam and Christendom” is a research project which will develop from 2013 to 2016. It has been funded as a ‘Marie Curie Initial Training Network’ with a grant of 3.3 million euros. The project combines academic research on medieval power and institutions with training in the wider dissemination of research‐based knowledge, based on a formal network established between universities and private sector companies and funded by the European Union. It provides funding for 10 PhDs at universities in Spain, Britain, Italy,France, and Israel, and two postdoctoral positions, one based at a Dutch publisher (Brill), one at a Spanish TV/film company (Lopez‐Li). During their studies, the PhD students will all have secondments to the publisher and the film company, the post‐docs will come to the Universities to run sessions on print and media diffusion of research. Further training workshops are provided, on academic and other skills, as well as a larger‐scale ‘Media School for Historians’. The project concludes with a conference on ‘Consequences in the Contemporary World.’PIMIC Academic PartnersCCHS‐CSIC (Coordinator): Dr. Ana Rodríguez University of St. Andrews: Dr. John Hudson Universitá Roma Tre: Dr. Emanuele Conte Birkbeck College London: Dr. Caroline Humfress Universitá Roma Tor Vergata: Dr. Sandro CarocciUniversity of Tel Aviv: Dr. Gadi Algazi Université Paris I‐Panthéon‐Sorbonne: Dr. Michel Kaplan School of Oriental and African Studies: Dr. Hugh KennedyPIMIC Private Sector PartnersLopez‐Li Films (Spain) Brill Publishers (Netherlands) .