REMINDER: The Call for Papers for the Twentieth British Legal History Conference has been announced.
The conference:


will be held in Cambridge from Wednesday 13 July 2011 to Saturday 16 July 2011. The conference theme will be 'Law and Legal Process'.
The conference addresses the intersection between law and legal process, the ways in which the processes of courts and other tribunals, the practices of judges and lawyers, and the needs of litigants, influence each other and shape the development of the law; and the influences in turn of legal doctrine upon the practices of those coming into contact with the law. 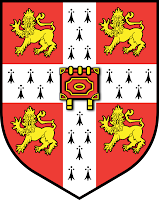 The conference organisers welcome papers concerning all jurisdictions, branches of the law and historical periods. Ideally, papers should reflect the conference theme. Papers reflecting the results of innovative legal history research are most welcome. Submissions from doctoral students are encouraged.
Proposals for papers (up to 500 words) are invited, to reach the organisers – preferably by email attachment (in Word or pdf format) sent to the address below – by 31 August 2010. If potential contributors are unsure whether their proposals suitably reflect the theme, the organisers are very happy to be contacted informally by email (again to the address below).

A draft programme and details of registration and accommodation will be circulated early in 2011.

University of Cambridge, Faculty of Law, 10 West Road, Cambridge, CB3 9DZ, UK
Posted by Unknown at 11:56 AM No comments:

NOTICE: 2011 Symposium on Comparative Early Modern Legal History - 'The Struggle for Land: Property, Territory, and Jurisdiction in Early Modern Europe and the Americas'

The 2011 Symposium on Comparative Early Modern Legal History at Chicago's Newberry Library will focus on 'The Struggle for Land: Property, Territory, and Jurisdiction in Early Modern Europe and the Americas'. It will take place from 9-5 on Friday, 8 April, 2011. The Symposium is organised by Tamar Herzog (Stanford) and Richard J. Ross (Illinois, Urbana-Champaign).

The description reads:
The struggle to possess and control land, both as property and as jurisdictional territory, was central to the formation of early modern European societies as well as their colonial domains. This conference will look at how Europeans defined the right to land both at home and overseas. We will examine how so-called European expansion influenced the conceptualization of property and territorial jurisdiction and the relationship between them. Conference participants may explore how notions of property and territoriality changed over time; and how colonial needs and the encounter with new cultures reshaped these notions. In what ways did “international competition” and the emergence of an “international law” (to use an anachronism) modify property and jurisdiction? How did economic, social, and political developments influence new ideas and experiences regarding the land? In what ways did these ideas and experiences shape practical strategies for claiming land and asserting rights to govern it and profit from it? We are particularly eager to know whether these encounters encouraged, consciously or not, borrowing between different European legal systems as well as between settlers and indigenous peoples. How was the movement and refashioning of legal knowledge bound up with the movement of peoples and refashioning of modes of control over land? We would like to encourage an interdisciplinary conversation among lawyers, historians, sociologists, geographers, and literary scholars.
Posted by Unknown at 5:46 PM No comments:

I just received the following information:

This multi-disciplinary symposium draws together scholars working within their own disciplinary contexts on the historical connection between law and empire, with the following aims:
• Bringing together a variety of discipline-specific analytical tools to explore how law-bound power is constituted, exercised, justified, represented and transgressed in the inherently unequal context of empire;
• Grappling with methodological problems to identify the most convincing and productive uses of the Privy Council’s records, recently transferred to the National Archives;
• Building a core research team and larger advisory committee to help in conceptualizing, executing, publicizing and attracting funds for the Privy Council project as its grows.

Further details about the project: ‘Judging empire: the global reach of the Judicial Committee of the Privy Council’; Programme and Abstracts are available from the website of the Centre for Humanities, Music and Performing Arts Research, University of Plymouth.

Participation in the symposium is free, but spaces are limited.

To register, contact: nandini.chatterjee@plymouth.ac.uk before 16 July 2010.
Posted by Unknown at 4:38 PM No comments:

A Call for Papers has been issued for international conference to be held in Heidelberg from 17-19 February 2011. The theme is 'Union in Separation – Trading Diasporas in the Eastern Mediterranean (1200-1700)':

“Union in Separation” is a three-day international conference hosted by the Transcultural Studies Programme at the University of Heidelberg. The conference focuses on transcultural diasporic communities in the medieval and early modern Mediterranean with specific respect to their role in trade between perceived separate cultural areas. 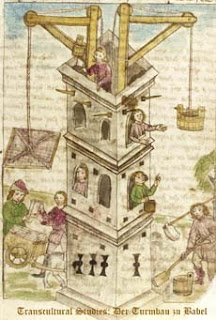 The term “transculturality” tends to be used to designate the hybrid character of modern-day societies and to ultimately argue that separate cultural units (defined as the sum of elements that characterise the aggregate identity of a society) do not exist. However, regardless of whether it is possible to speak of separate ‘cultures’, the construct continues to persist in people’s minds. These mindsets, their creation and their impact on societies is what historians are now investigating.

The study of Mediterranean diasporas lends itself well to this endeavour, as it allows for an understanding of the construction and deconstruction of cultural differences as well as the potential integration into a host culture. In order to best analyse these processes, we suggest exploring commercial exchange and its legal framework as two interrelated phenomena.

Medieval Mediterranean trading diasporas, such as Venetian merchants residing in Mamluk Alexandria, operated both within and outside of formal legal structures. However, their status as religious minorities often posed strong challenges to their business. For instance, far-reaching privileges granted by the Sultan to Christian merchants coexisted with, and were frequently challenged by, orthodox Islamic law and/or local legal practice.

Thus, a primary interest of historical transcultural research is to gather evidence on informal mechanisms that facilitated trade-given cultural hurdles. This will shed light on the form and scope of cultural exchange.

The conference will bring together academics from a wide variety of fields including medieval studies, history (including economic, legal, art history), and cultural studies.

Please send an abstract of no more than 300 words and a short CV to the respective panel organizer as well as to Teresa Sartore and Georg Christ.

PhD students are encouraged to participate as well. Please do not hesitate to contact us, if you wish to propose an entire panel. There is a limited availability of travel grants for PhD students.