More information can be found here 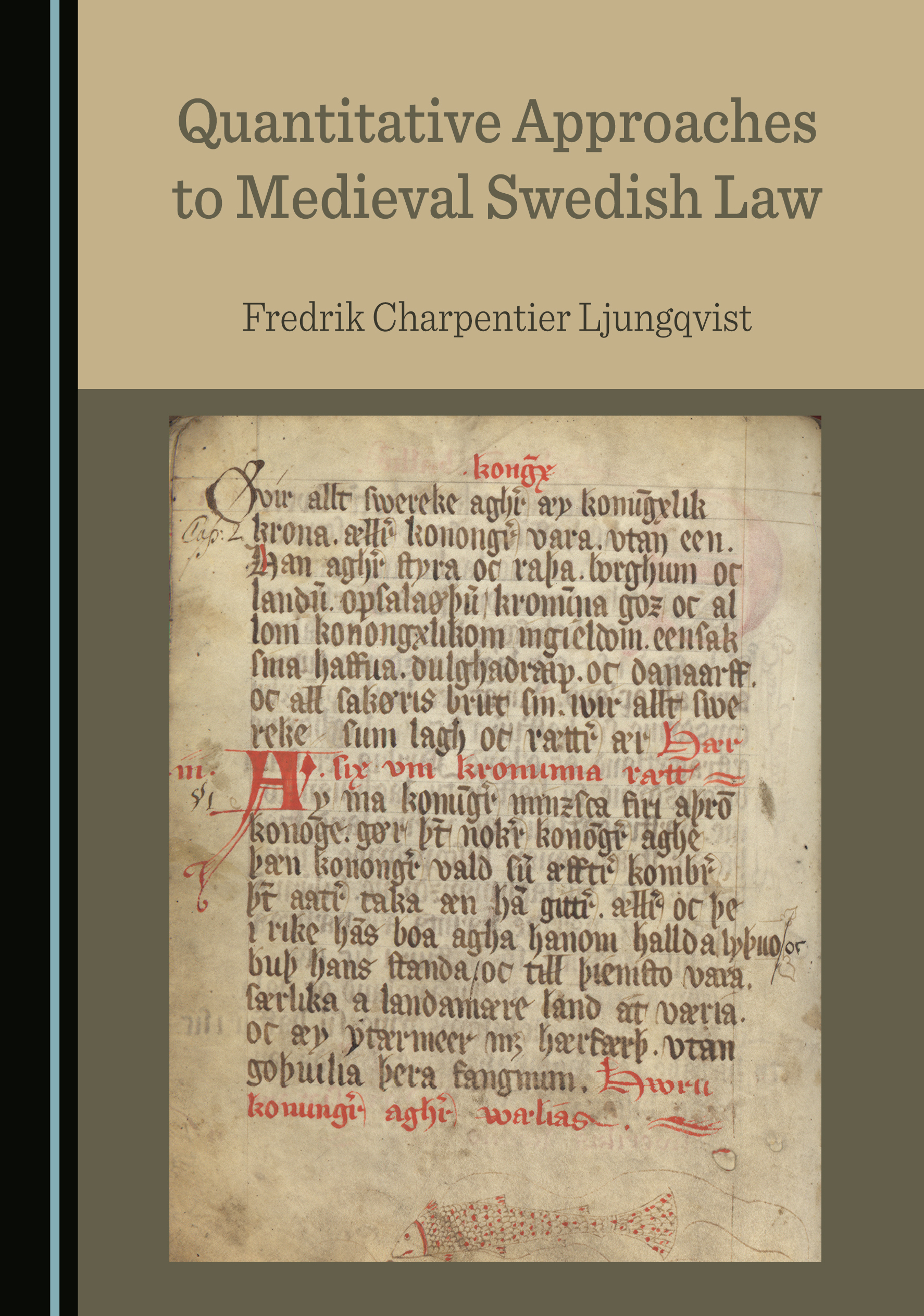 This book presents a novel framework for studying historical legalisation using quantitative methods, with 10 fully-preserved laws from medieval Sweden, written between c. 1225 and 1350, serving as a case study. By applying a systematic classification scheme to each legal provision, it is possible to investigate the major differences and similarities in structure and content between the 10 laws. This, in turn, allows for the re-assessment of many long-standing problems in Swedish and European medieval legal history that have been challenging to address with traditional methods based on text analyses. Over the course of the thirteenth and fourteenth centuries, major changes in the proportion of legal provisions devoted to different fields of law, and to prescribed consequences, are found. The book shows how the proportions of civil law and public law expanded at the expense of criminal law. Furthermore, a clear transition from casuistic to more abstract law provisions can also be witnessed.

Fredrik Charpentier Ljungqvist is Associate Professor of both History and Physical Geography at Stockholm University, Sweden. His current research interests range from medieval Scandinavian law to the link between past climate variability and historical harvest yields, the effect of plague outbreaks on the history of European building activity, and socio-political aspects of historical food (in)security. He is the author and co-author of more than 80 peer-reviewed articles and the author of four popular science books, and an experienced university teacher and popular science lecturer. As a Pro Futura Scientia Fellow at the Swedish Collegium for Advanced Study, he leads the interdisciplinary project “Disentangling socio-political and climatic factors for food insecurity in early modern Europe (c. 1500–1800)”. 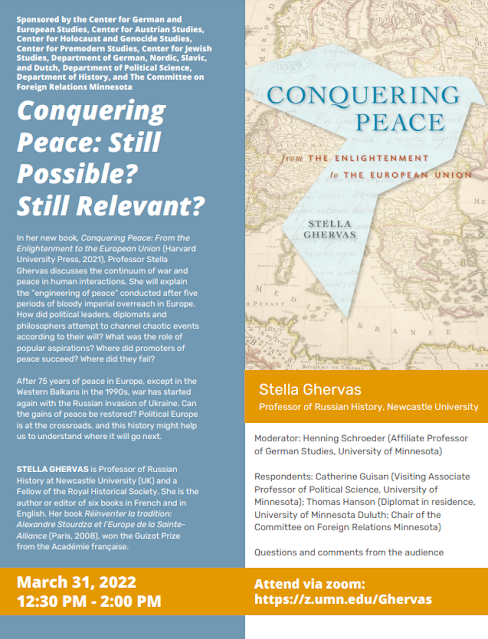 (Source: Academia)
Posted by Stefano Cattelan at 9:05 AM No comments:

CALL FOR PAPERS: Towards urban constitutionalism? Exploring constitutional and rule of law challenges in the urban age (Hague Journal on the Rule of Law); DEADLINE 30 APRIL 2022 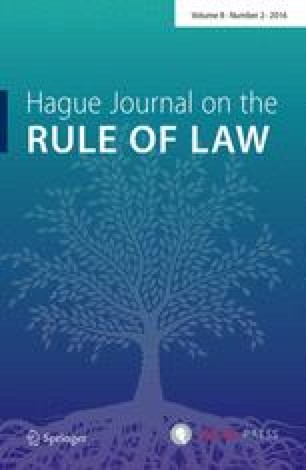 The Department of Public Law and Governance (PLG), the Tilburg Center for Regional Law and Governance (TiREG), at Tilburg University are pleased to announce a call for papers for a special issue of the Hague Journal on the Rule of Law exploring the constitutional and rule of law challenges those contemporary urban dynamics bring.

Background and introduction to the theme of the special issue

By the year 2007 over 50% of the world’s population lived in urban areas and by the year 2050 almost 70% will live in cities. Already, large cities, metropolitan areas and city-regions have become major actors in global governance and economics: they are at the forefront in taking on the world’s wicked challenges, such as climate change, mass migration, health care, energy and water, crime and security, technological innovation (smart cities), and transport and mobility. They are the world’s major economic hubs, home to banks, financial institutions, and large multinational companies. Many of them are also the centers of government. They are global cities, as Saskia Sassen framed them.

The term ‘city’ or urban region may have multiple meanings: it encompasses metropolitan cities or regions such as New York, Mumbai, Lagos or London, but also somewhat smaller cities like Amsterdam, Antwerp or Milan that experience typical urban challenges. Also highly urbanized regions like the German Ruhrgebiet, which consists of several larger and mid-sized urban communities, may be of interest. The city or urban region is thus not just a continuously built environment with ‘high impact’ challenges where many people live ('high density'). It is also a place that attracts people from  exceptionally diverse cultures (‘high diversity’) and which has a complex economy (‘high complexity’).

Whilst the role of global cities and the urban region has been increasing, the political and legal domain of the states, of which these cities or regions constitutionally form part, is continuously shrinking. This is caused by at least two simultaneously occurring trends: the transfer of tasks and responsibilities upwards, to the international and supranational level, through processes of globalization, and a development downwards to the local and regional level (or even the neighborhood or district), through processes of decentralization, and regionalization. These combined trends have been called localization, a process exemplary for the complexity of modern society, in which authority often shifts from hierarchy to networks, and where the central and sovereign state is under pressure. This differentiation and asymmetry might for example give rise to questions about urban representation and involvement at the national, supra-, and international level, the protection of fundamental rights in an urban context, and urban citizenship and urban democracy.

With this special issue we want to explore several constitutional and rule of law challenges posed by contemporary urban dynamics. To what extent can or should existing constitutional norms and the rule of law be revised or adapted in view of the current questions and challenges confronting the modern megacity?

We welcome contributions of a theoretical, historical and/or normative nature, addressing one or more of the following general questions:

Within this general theme, more specific questions may be addressed, such as:

The special issue takes a combined law and governance perspective, including a distinct historical point of view. It is therefore not limited to contemporary studies, but also welcomes historical analyses. Contributions studying urban constitutionalism beyond the western world and well-known and frequently studied cases of global cities and metropolitan regions are particularly welcomed.

We learned that the European Research Council has recently decided to fund the CaPANES-project (ERC Consolidator Grant) by Professor D. De Ruysscher.

On 17 March 2022, the European Research Council announced its decision to fund the CaPANES-project. This project is an ERC Consolidator Grant of Prof. Dave De ruysscher, who previously, in 2016, obtained an ERC Starting Grant. The ERC Consolidator Grant is funded for the amount of 1.9 million EUR. The CaPANES-project (Causal Pattern Analysis of Economic Sovereignty), which will last five years, will analyze the legal concept of economic sovereignty from a historical perspective. The present-day notion of sovereignty of states does not adequately capture foreign trade relations, networks or economic clout. These shortcomings have resulted from a historical reduction of the meaning of sovereignty since the 1600s. The project will analyze legal concepts of sovereignty that were developed before that time. Cases will be six networked cities of commerce (Bruges, Southampton, Rouen, Lübeck, Toulouse and Florence) in the period of 1400-1620. These cities were interconnected through trade routes, correspondence and diplomacy. Legal concepts depicting the cities’ sovereignty were crafted bottom-up and were often more encompassing than the legal concept of sovereignty of today, also for economic relations. These concepts absorbed changes taking place within cities and in the economic relations between cities. In the CaPANES-project, agent-based and network methods will be used to track down these changes. Developments at the level of individual cities, which will be analyzed with agent-based models, influenced institutional set-ups, constitutional approaches, the organization of trade and policies of access toward foreigners. At the level of networks between cities, dynamics impacting on sovereignty concepts related to foreign relations and these added legal features that were different from those characteristics that resulted from developments within cities. Network analysis will make it possible to detect the dispersal and weight of sovereignty concepts and whether some concepts underpinned a transnational field of sovereignty. Causal patterns underlying change in the concepts mentioned will be the outcome of the research, and following a comparison of historical with present-day situations, these patterns will be used to propose an updated legal concept of economic sovereignty. The project’s team consists of the principal investigator (Dave De ruysscher), one post-doc and five PhD fellows.

Posted by Filip Batsele at 3:46 PM No comments: Posted by Marco Castelli at 12:30 PM No comments: 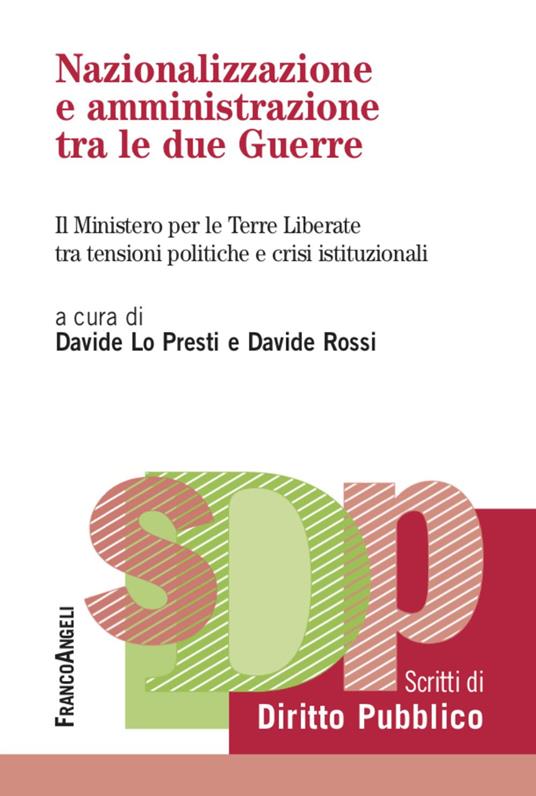 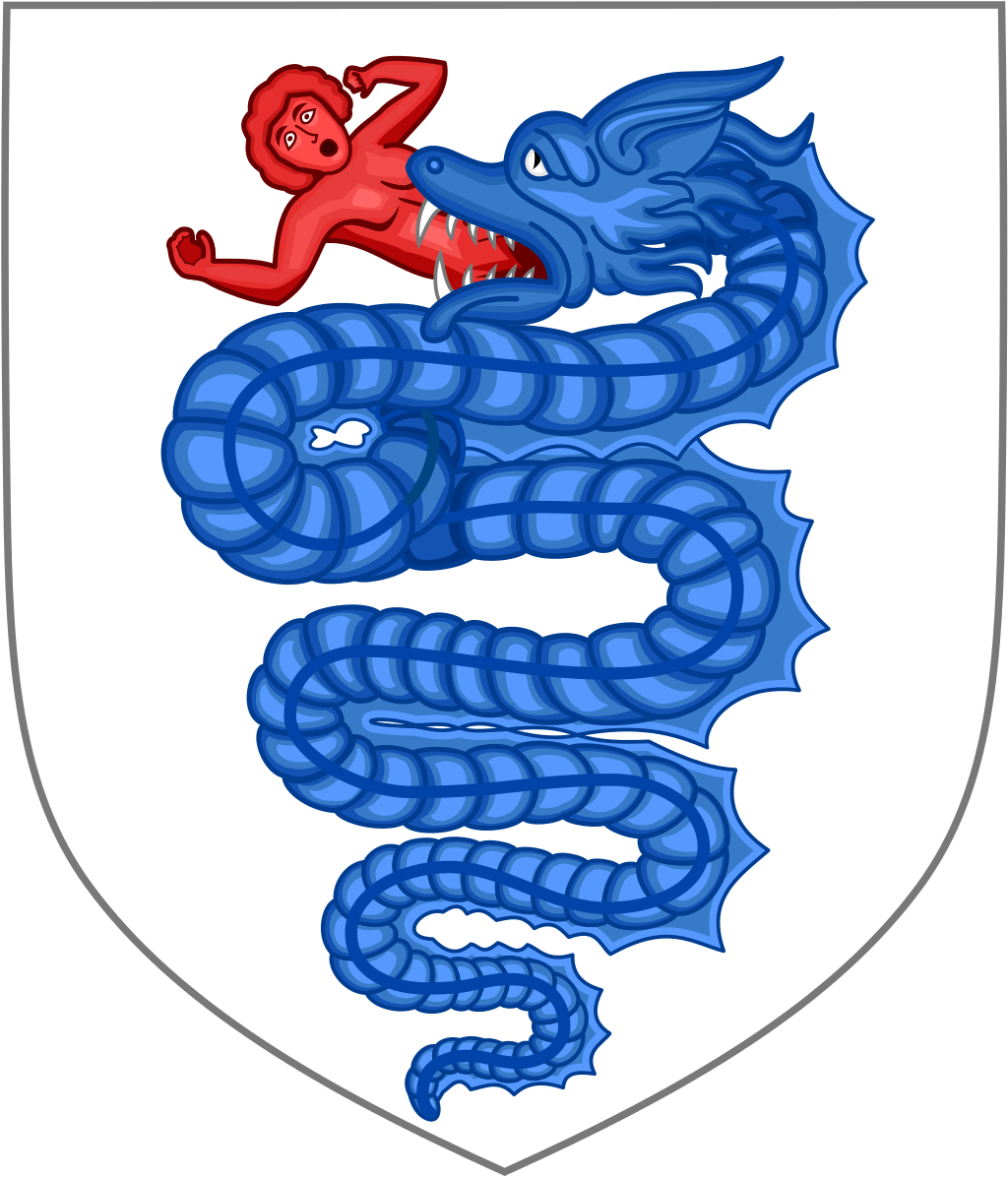 More information can be found here.
Posted by Marco Castelli at 8:30 AM No comments:

JOB: University Researchers: Law and the Uses of the Past (Helsinki) (DEADLINE: 27 March 2022)

We learned of a job offer at the University of Helsinki. Here the call:

he Faculty of Social Sciences invites applications for the position of

UNIVERSITY RESEARCHER, LAW AND THE USES OF THE PAST

for a three-year fixed term period from 1 May 2022 onwards (or as agreed) to contribute to the subproject Law and the Uses of the Past of the Centre of Excellence (CoE) in Law, Identity and the European Narratives (EuroStorie, www.eurostorie.org).

The CoE is a part of the interdisciplinary Centre of European Studies. The purpose of the CoE is to launch a new, third generation inquiry that critically explores the emergence of narratives of Europe as responses to the crises of the twentieth century and how these narratives have shaped the ideas of justice and community in Europe. It studies the foundational stories that underlie the contested idea of a shared European heritage in law and culture, such as the ideas of rule of law, equality, tolerance, pluralism and the rejection of totalitarianism, and their relevance for current debates on identity and history. The CoE is divided into three subprojects. For descriptions of the subprojects and their aims, please see https://www.helsinki.fi/en/researchgroups/law-identity-and-the-european-....

The subproject Law and the Uses of the Past studies the emergence of the idea of a shared legal past in Europe. Its emphasis is on the history of legal and political thought and concepts central to the idea of Europe such as community and belonging, subsidiarity and federalism, centre and periphery, as well as memory and tradition. It utilizes methods from scientific fields as diverse as legal history, Roman law, political science, legal anthropology, the history of philosophy, intellectual history, the history of ideas, and historiographical theory. We invite unconventional projects that combine legal, historical and theoretical angles, as well as historical narratives from antiquity to the twentieth century. Projects with linkages with and relevance in other subprojects of the CoE are highly encouraged. We welcome applicants with a multidisciplinary academic background and experience in conducting high-level research in interdisciplinary groups. We offer an exciting and stimulating multidisciplinary research community.

More info about this offer can be found here

Posted by Filip Batsele at 9:23 PM No comments:

What sort of methods are best suited to understanding constitutional doctrines and practices? Should we look to lawyers and legal methods alone, or should we draw upon other disciplines such as history, sociology, political theory, and moral philosophy? Should we study constitutions in isolation or in a comparative context? To what extent must constitutional methods be sensitive to empirical data about the functioning of legal practice? Can ideal theory aid our understanding of real constitutions? This volume brings together constitutional experts from around the world to address these types of questions through topical events and challenges such as Brexit, administrative law reforms, and the increasing polarisations in law, politics, and constitutional scholarship. Importantly, it investigates the ways in which we can ensure that constitutional scholars do not talk past each other despite their persistent - and often fierce - disagreements. In so doing, it aims systematically to re-examine the methodology of constitutional theory.

Read more with the publisher.

Posted by Frederik Dhondt at 12:15 PM No comments: