A hypothesis is that the Norwegian Constitution was a closer possible model for liberal or democratic opposition in monarchies that the US presidential system. The conference will explore the emanation of knowledge of the Constitution as well as the understanding of how it worked in practice in all relevant countries, also including Latin America with its constitutional reforms. Possible influence can also be discussed in the light of different national post 1814 constitutional developments.


More information on the University of Oslo's website.
Posted by Frederik Dhondt at 11:10 AM No comments:

The University of Augsburg (Germany) invites all interest candidates to apply for two part-time positions as Ph.D.-Researcher on the European Research Council (ERC) Consolidator Grant "A Comparative History of Insurance Law in Europe".

The positions are part of the research project on ‘A Comparative History of Insurance Law in Europe’ funded by the European Research Council (ERC Consolidator Grant). The positions are offered with a start date on 1 September 2015 and they are fixed-term appointments for two years, with the possibility of renewal for a further half year.   Successful candidates will complete a doctoral thesis in the field of the history of insurance law. Furthermore, successful candidates are expected to publish their findings and to participate in the research project. The positions do not involve a teaching obligation.

Applicants should hold a first class degree in law (Master or four year Bachelor-degree). Experiences of working in the fields of legal history or comparative law are desirable. Applicants should be able to work independently and should have knowledge of the German and/or the French language.
The remuneration may be according to salary group 13 TV-L.
Augsburg University seeks to increase the number of women in sciences and therefore explicitly encourages women to apply. Applicants with severe disabilities will be favoured when having substantially the same qualifications as applicants without severe disabilities.

Applications should include a cover letter, a detailed CV, transcript, and a sample of writing (eg a seminar paper or a short publication). Closing date for receipt of application is 1 August 2015

Posted by Frederik Dhondt at 10:13 AM No comments: 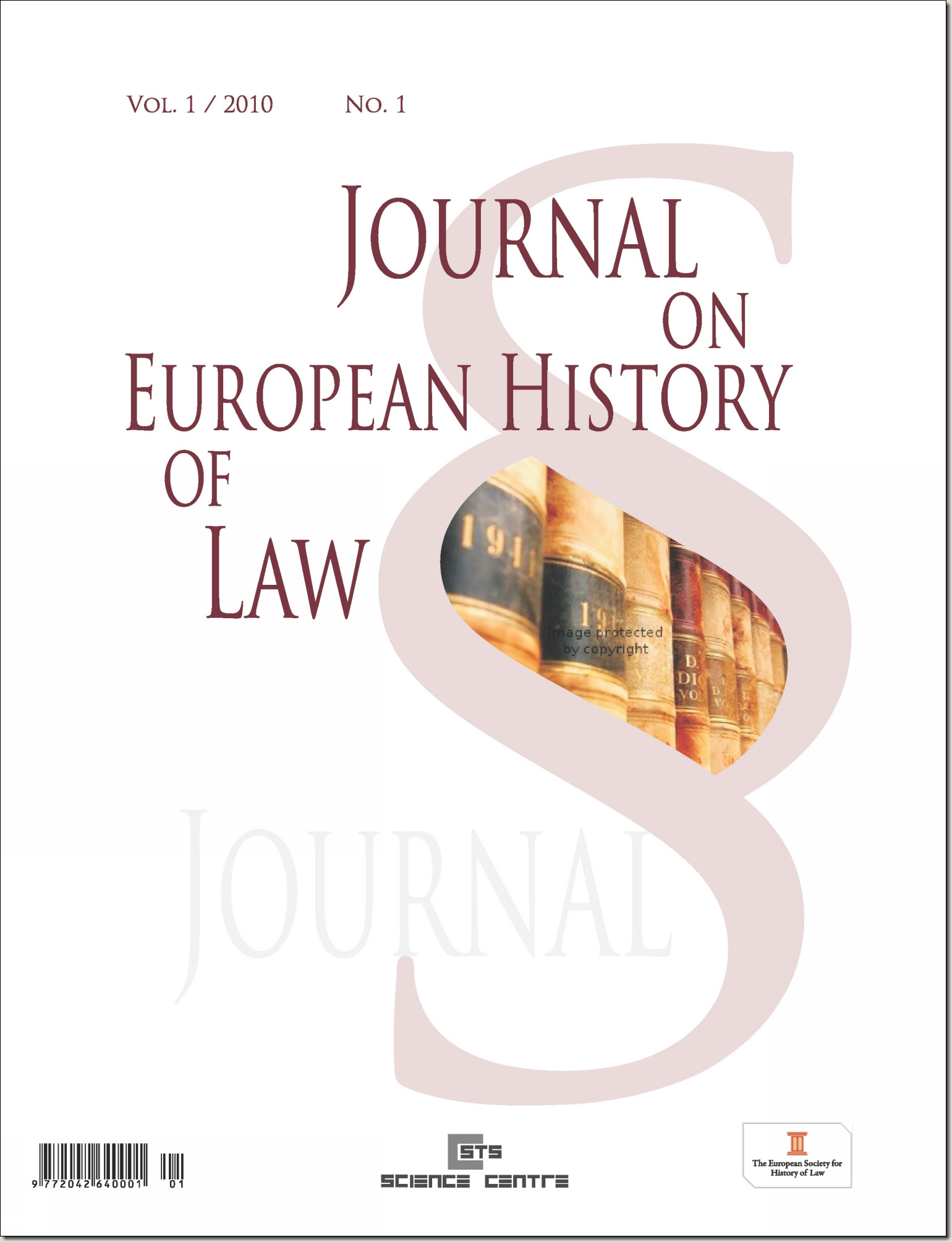 Nomôdos reports the publication of the first issue of the Journal on European History of Law (vol. VI).

Posted by Frederik Dhondt at 2:38 PM No comments:

Email ThisBlogThis!Share to TwitterShare to FacebookShare to Pinterest
Labels: e-journal

JOURNAL: Jus Politicum, N°14: Can We Conceive of Empire as a Political Form in Legal Terms ?

Posted by Frederik Dhondt at 10:22 AM No comments: 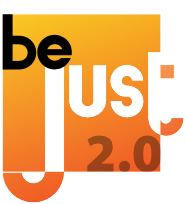 The Interuniversitary Attraction Pole Justice & Populations ("BeJust 2.0"/Belgian Federal Science Policy) organizes a conference in Brussels (CEGESOMA) on 3-4 December 2015. The event is the result of a cooperation between the universities of Ghent, St Louis, Louvain, The Humboldt Universität zu Berlin, the Research Foundation Flanders (FWO) and the Fonds de la Recherche Scientifique (FRS/FNRS).

The elaborate description and axes can be found below.


Periods  of  wars  and  foreign  domination  are  of  crucial  importance  in  the  history  of  justice.  They  have led to important shifts in the expectations, practices and actors involved in the field of justice. As  a  result  of  the  often  sudden  change  provoked  by  war,  existing  routines  in  the  broad  field  of justice came under serious pressure. The disruption of predictable patterns stimulated inventiveness.
The  way  in  which  actors  of  justice  dealt  with  those  sweeping  changes  is  an  important  research question. Although different aspects of the impact of armed conflict on justice  have been studied, the dominant approach of most of this work is top-down and highly institutional. As a result of this bias, the actual actors of justice and their practices and expectations in war settings have been largely neglected so far. Drawing from current trends in criminology and the social history of justice, this international conference starts from a grassroots perspective. It focuses on the impact of war on the complex interactions between different actors of justice (individuals and social groups on the one hand, ‘the justice system’ (police, judiciary and penitentiary professionals) on the other hand). The conference  aims  to  highlight  the  emergence  of  new  expectations  of  justice  among  these  actors,  resulting  from  the  war.  It  also  tackles  justice  practices,  strategies  to  cope  with  the  changing circumstances,  new  forms  of  negotiation,  interaction,  relationships  between  populations  and  the formal justice system in this particular context, and the impact of this renegotiation in the long run.


ACTORS
War led to the redefinition of the roles of the different actors involved in justice. New roles emerged and  room  to  operate  shifted.  The  claim  of  the  professionals  of  the  formal  justice  system  on  the monopoly of justice was of course to a large extent fictional even in peace time. ‘Doing justice’ is, even in a context of a consolidated state, always the outcome of a complex interplay of informal and formal  actors  of  justice,  as  indicated  for  instance  by  the  importance  of  the  willingness  to  report crimes.
In war time, the balance in this interaction seems to have shifted at the expense of the formal justice system. Military justices experienced exceptional growth and their authority gradually extended at the expense of regular courts. In areas occupied by foreign armies, the impact on the judicial system was even more substantial. When they were not simply removed, the national courts had to coexist with those of the occupant; new bodies and players then competed with the traditional authorities of
the  judiciary.  Moreover,  people  seemed  to  be  more  inclined  to take  justice  into  their  own  hands.
Significantly,  all major waves of informal justice in Europe during the last two centuries took place in wartimes and revolutions. The distinction between insiders and outsiders of the formal justice system tended to blur as a result of warfare. Informers of secret polices and political factions (like collaborators  and  resistance  fighters)  acquired  a  share  of  the  power  of  constraint  which  was monopolized  in  peacetime  by  state  agents.  Unusual  collaborations,  sometimes  at  the  margins  of legality,  were  established  between  judges  and  civil  society  (like  charity  organizations).  The proliferation  of  judicial  actors  altered  the  balance  of  power  within  the  system.  However,  justice  officials did not passively undergo these changes. Even if their autonomy was reduced from above and rival forces gained power, judges retained discretion in the application and implementation of laws, and in a broader sense tried to cope with the changing circumstances.

EXPECTATIONS OF JUSTICE
Wars also changed the margins of tolerance of all the actors of justice mentioned above. This was marked  by  a  blurring  of  the  distinction  between  normal  and  abnormal,  tolerated  and  prohibited behavior. New forms of ‘crime’ and new ‘criminals’ emerged. These shifts are particularly revealing in  the  frame  of the  expectations  of  justice  of  these  actors.  These  expectations could  converge,  as shown  by  the  generally  shared  ambition  to  see  pro-German  collaborators  punished  at the  end  of both  occupations,  but  could  also  diverge.  The  reconstruction  of  the  expectations  of  justice  of different actors does not only constitute an access to the moral framework of these actors in the war context, but it is also revealing for the possible conflicts caused or intensified by the experience of the occupation.
As  a  result  the  concept  of  the  transgressor  was  of  course  redefined.  Specific  categories  of  people facing sanctions emerged (i.e. the enemy, collaborators, foreigners, new citizens, Jews, minorities, black marketers), while existing categories extended due to the exceptional circumstances. Finally, certain  categories  of  the  population  became  subjects  of  increased  surveillance,  being  considered dangerous in view of the continuing tension (e.g. juveniles, tramps, etc.).

PRACTICES
The diversification of the actors in the justice system and the shifting thresholds of tolerance had of course impact on the practices of justice. Indeed, we can observe a blurring of the borders between popular, criminal, military, administrative and colonial law. Criminal punishment was supplemented by non-standard popular, military or administrative practices. Exceptional measures were taken and often  became  semi-permanent,  as  for  example  the  administrative  internment  of  different  types  of ‘suspects’. Usual sanctions were equally transformed, as judges adapted penalties to the changing circumstances.
The relationship between the different (formal and informal) actors of justice could take different shapes, ranging from cooperation to hostility. In the occupied zone, through competition between domestic and foreign jurisdictions, lobbyists hoped to benefit from the most favorable jurisprudence.
As  far  as  the  citizens,  individually,  were  concerned, they  were  far  from  passive.  Denunciations,  a quintessential way for ‘weaker’ groups to be heard by the authorities, were growing exponentially.

A GRASS-ROOTS PERSPECTIVE
In order to reconstruct the complex landscape of actors of justice in war time, and their expectations and practices, a grass-roots approach imposes itself. For this approach to be feasible, it is essential to prioritize archives resulting from actual justice activities. Judicial archives form not only the main track,  but  also  constitute  an  ideal  observatory  for  the  interactions  between  the  different  actors.
Archives  stemming  from police  operations,  the  prison  system  and  administrative  surveillance  are equally suitable. The privileging of this kind of ‘operational sources’ of the criminal justice system in its  broadest  sense  enables  us  to  go  beyond  a  top-down  approach  predominately  based  on  policy sources.

BELGIUM AS A TEST-CASE
Due  to  the  diversity  of  its  war  experiences  in  the  twentieth  century,  Belgium  is  a  particularly interesting  case  to  study  the  impact  of  war  on  the  relations  between  justice  &  populations.  The Belgian army fought in both world wars, for five years in WWI and for 18 days in WWII. The vast majority of the Belgian population experienced both world wars as a period of occupation. Belgium as a colonial power mobilized its African empire as part of the war effort during both world wars, a mobilisation that influenced populations & justice relations.


Candidates are invited to submit their paper proposal (between 500 and 1000 words) and a short biography to melanie.bost@cegesoma.be and antoon.vrints@UGent.be the 22th of July 2015
at the latest. The conference will be conducted in English.
Selected proceedings of the conference will be published.

Posted by Frederik Dhondt at 8:28 PM No comments: 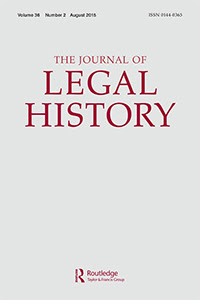 
The Journal of Legal History (Routledge) just published its second issue of 2015.

Posted by Frederik Dhondt at 2:03 PM No comments:

The Scottish Council of Law Reporting and the University of Edinburgh organize a conference on "Law Collecting and Law Collections" (convener: Prof. dr. J. Cairns).


A conference to address the broad topic of the history of law reporting and the collecting of legal decisions, primarily in Scotland but with the development of law reporting situated in its broader British, European and comparative context. The conference is intended to consider subjects such as how the role of precedent developed, in what form were the earliest records of judicial opinions or decisions, how the form of the modern law report emerged and related issues.


Proposals for papers (proposals should not be more than 400 words in length) should be submitted to secretary@sclr.scot no later than 30th September 2015. The conference is open to all interested in this subject area. It is expected that the fee, to include meals and refreshments during the conference and a conference dinner (but not overnight accommodation) will be in the order of £150. Please email secretary@sclr.scot if you wish to be sent a booking form.

Posted by Frederik Dhondt at 10:21 AM No comments: