The European Society for Comparative Legal History (ESCLH) President and Executive Council are pleased to present the ESCLH Van Caenegem Prize competition. The prize will be awarded to a young legal historian deemed to have written the best article published in Comparative Legal History, the ESCLH journal, in 2023, 2014 and 2015 or on comparative legal history in another journal in the same two calendar years. 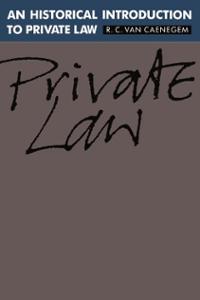 The Van Caenegem prize is named in honour of Raoul Charles Van Caenegem, a pioneering author in the field of comparative legal history.

Art. 2: The best article in the field of comparative legal history

(1)           The Society awards the prize to the winner as determined by the Van Caenegem Prize Committee.
(2)           The Committee shall be appointed by the Society’s Executive Council in the year before the award ceremony. The Committee consists of a president and four further members:
(a)           At least two members (including the president of the committee) shall belong to the Society's Advisory Board.
(b)           Two members shall be chosen from the organisers of the Young Legal Historians Forum which took place within two years of the appointment of the Prize Committee. These two members should not currently be supervised for doctoral work by any other member of the committee. If the Young Legal Historians Forum did not have a conference in the two years period or if it ceases to exist or if for any other reason it is not possible to appoint two members from the organisers of the Young Legal Historians Forum, the Executive Council must chose two members who are themselves young legal historians within the meaning of
Art. 3(1).
(c)            The last member of the Committee shall be chosen from the international community of scholars in comparative legal history.
(d)           No member may be affiliated to the same institution as another member. No member’s institution may be in the same country as another member’s institution.
(5)  The Society's president can, by appointment, fill a vacancy on the Prize Committee.
(6)  After reviewing the articles, a majority of votes determines the winner. The committee may decide that the prize is shared between two authors.
(7)  A member cannot vote if the vote concerns a relative within the fifth degree, a co-author of a publication or co-applicant of a project or the author is or has been an employee or grantholder at the same institution.

Art. 5: The award of the prize

The prize is awarded by the Society's president at the Society's Conference. The winner will be announced in the issue of the Comparative Legal History following the conference.

The prize consists of a sum to be determined by the Executive Council and a certificate. The Prize Committee will write a one page report, detailing the academic qualities and importance of the article. The president and the further members of the Committee cannot communicate with those outside the Committee in any other way about their decision.

Any dispute in respect of a Van Caenegem Prize must be submitted to the president of the Society whose determination is final.

Shavana Musa (Manchester) for her article "Victims of maritime conflict, compensation claims and the role of the admiralty court in the early modern period", Comparative Legal History V (2017), 125-141 (article link)