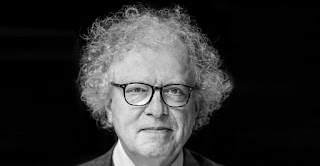 It is with great sadness that we have to inform you that Laurent Waelkens, emeritus professor of Roman law at the Catholic University of Leuven (KU Leuven), has died on 6 June 2020 after a long illness. Laurent Waelkens studied law in Kortrijk and Leuven (1971-1976) and combined these studies with bachelor degrees in philosophy and canon law. In 1976, he joined a family textile enterprise in Ardooie. Simultaneously, however, he prepared a legal historical doctoral dissertation at the university of Leiden under the supervision of Prof. Mr. Robert Feenstra. He received his Ph.D. in 1984 with a thesis on the theory of customary law in the works of the medieval French jurist Jacques de Révigny. The study was entitled La théorie de la coutume chez Jacques de Révigny: édition et analyse de sa répétition sur la loi De quibus (D. 1, 3, 32). Even though he was offered chairs in Roman law, he chose to take on the management of the family firm, in very difficult times for the Flemish textile industry. In 1988, he became part-time professor of Roman law at UFSIA in Antwerp, still in combination with his commercial activities. In 2004, he was appointed professor at the KU Leuven Faculty of Law, where he was entrusted with research and teaching in the field of Roman law, both at the Leuven and the Kortrijk campuses. At the same time, as a commercial judge in Kortrijk he still contributed to commercial practice.

Laurent was very active in the European legal historical community. He was a member of several editorial committees (e.g. in the Tijdschrift voor Rechtsgeschiedenis, the Rivista internazionale di diritto comune, the Revue historique de droit français et étranger and the Revue d’histoire ecclésiastique) and was a driving force behind the Société Jean Bodin. He was also actively involved in the Société d’histoire du droit in Paris. Already before the fall of the Iron Curtain, Laurent Waelkens had very good contacts with colleagues in Central and Eastern Europe, especially from the university of Kraków, which he regularly visited. In his research, he was not afraid to question some legal historical ‘axiomata’ (“amne adverso”). It was his deep conviction that legal history had to help understand and solve today’s world problems: to him, a jurist’s main role (facultas) was to prevent and mediate in conflicts. In the final years of his career, he often focused on the Byzantine influence on the law. During conversations at the Research Unit, he told us that after his retirement he would like to write a novel on the fall of Constantinople and the massive emigration of Greek to Western Europe. Unfortunately, his illness has prevented the accomplishment of that plan.

With Laurent Waelkens, the community of legal historians loses a passionate member, an enthusiastic lecturer with a great commitment for the students, an inspiring teacher, a cordial colleague and a good friend. We thank him for everything and offer our condoleances to his wife Frédérique, his children Eleonor, Geraldine, Clara, Elisabeth and Gillis, his children-in-law and grandchildren and his entire family. Laurent found a lot of strength in his Christian faith. We pray that he may now rest in peace.