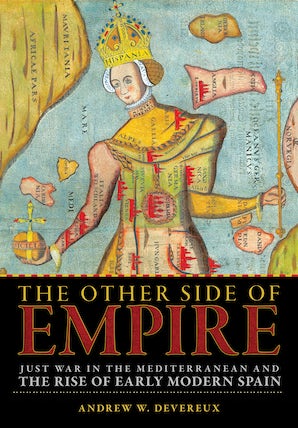 Via rigorous study of the legal arguments Spain developed to justify its acts of war and conquest, The Other Side of Empire illuminates Spain's expansionary ventures in the Mediterranean in the late fifteenth and early sixteenth centuries. Andrew Devereux proposes and explores an important yet hitherto unstudied connection between the rationales that Spanish jurists and theologians developed in the Mediterranean and in the Americas.

He limns the ways in which Spaniards conceived of these two theatres of imperial ambition as complementary parts of a whole. At precisely the moment that Spain was establishing its first colonies in the Caribbean, the Crown directed a series of Old World conquests that encompassed the Kingdom of Naples, Navarre, and a string of presidios along the coast of North Africa. Projected conquests in the eastern Mediterranean never took place, but the Crown seriously contemplated assaults on Egypt, Greece, Turkey, and Palestine. The Other Side of Empire elucidates the relationship between the legal doctrines on which Spain based its expansionary claims in the Old World and the New.

The Other Side of Empire vastly expands our understanding of the ways in which Spaniards, at the dawn of the early modern era, thought about religious and ethnic difference, and how this informed political thought on just war and empire. While focusing on imperial projects in the Mediterranean, it simultaneously presents a novel contextual background for understanding the origins of European colonialism in the Americas.

Andrew W. Devereux teaches history at the University of California, San Diego, and has published in the Journal of Spanish Cultural Studies, Medieval Encounters, and Republics of Letters.