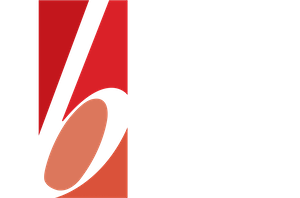 The place and function of custom as a species of law—distinguished from custom as simply polite manners or cherished cultural traditions—has long been a source of research and debate among legal theorists and historians. One school of thought, reflecting the authority of written statute in modern jurisprudence, has relegated custom in a juridical sense to “primitive” societies, whereas proper law belongs to a world of state sovereignty. Other scholars have revisited the continuing validity of custom, including a trenchant body of work on the use (and manipulation) of custom in modern colonial regimes. At the same time, some have seen benefits in the acknowledgment of custom as a source of norms. A 2006 collection of articles, for instance, explored ways in which customary law might serve as a better foundation for the sustainable development of natural resources. As David Bederman has written, “Custom can be a signal strength for any legal system—preliterate or literate, primitive or modern.”

The concept of custom is a creation of Western lawyers allowing for the conversion of indigenous uses into the terms of the dominant legal order. If the State’s constraint is ultimately decisive in the formulation of custom, does that mean in Europe too it was essentially a State creation, with the peoples hardly participating in its existence? The mala consuetudo is a matter of power relations, so that it is necessary to emphasize the impact of practices, of popular action on the shaping of customs. This article considers the content of the medieval expression as a category of thought and transposes it to Roman antiquity in order to reconsider the development of consuetudines. If the Roman consuetudo was indeed a creation of power, the communities to which it applied managed to contain its perimeter. Its durability is probably due in part to the fact that it was perceived as a community privilege.

Scandal of the Church, Prison of the Soul. The Problem of Bad Custom in Twelfth- and Thirteenth-Century Canon Law and Practice (Anthony Perron)
DOI 10.3167/hrrh.2021.470303
Abstract:

This article explores “bad custom” (prava consuetudo) in Latin-Christian church law of the twelfth and thirteenth centuries. Drawing chiefly on papal decretal letters and the statutes of local and regional synods, it discusses the theoretical debates over bad custom, how customs came to be regarded as evil, and what prava consuetudo meant in practice. While many usages were labeled “bad,” especially troubling were those that threatened clerical status by implying lay claims to authority in the church, blurring the distinction between laity and clergy, or humiliating the professed religious. The article also asks whether legal concerns over such collective behavior that brought scandal upon the church may have been provoked by a moral discourse over prava consuetudo as sinful conduct endangering the individual soul.

This article examines 45 preambles in collections of urban customary law (called custumals) from 32 premodern towns in England between the twelfth and sixteenth centuries. Urban custom was the local law of English towns, and constituted traditions and privileges that gained legal force over time. How lawmakers conceived of “bad” custom—that is, the desuetude or corruption of custom—was crucial to the intellectual framework of urban law. Evidence from preambles shows that lawmakers rooted the legitimacy of their laws in “customary time,” which was the period from the supposed origins of their customs to their formalization in text. Lawmakers’ efforts to reinforce, ratify, and revise urban customs by making new custumals and passing ordinances were attempts to broaden their autonomy and respond to the possibility of “bad” custom.

Fifteenth-century Italian urban and ecclesiastical authorities sought to regulate the laity’s conspicuous consumption of dress, sometimes resulting in canon law petitions for exemption on the grounds of custom. By exploiting an ambivalent definition of custom according to status, wealthy men and especially women successfully sidestepped regulation. Critics of luxury such as the Franciscan Observants, who encountered similar arguments in confession, countered this permissive understanding of custom with alternate criteria for determining proper dress tied to the morality of the economic behavior that made luxurious dress possible. Overlapping definitions of custom drawn from canon law and moral theology thus provided both fashionable people and their confessors a way to negotiate and contest their status.

This article analyzes the different selves operating in Madame de Lafayette’s La Princesse de Montpensier. Contrary to scholarship, which tends to position the text as a mere precursor of La Princesse de Clèves, it is in La Princesse de Montpensier where one first locates the interior. Lafayette presented a princess coming to terms with her identity, debating with different selves against a backdrop of social, historical, and political ideals. The nouvelle historique was central to the development of selves; it was an important medium through which Lafayette could perceive, explore, and contest a woman’s identity in relation to society. The genre also enabled writers to examine themselves. Lafayette used it to test out her own authorial self and locate her place in the literary sphere.

In France, formal guild training was not as ubiquitous a means of socializing young people into a trade as it has been portrayed by scholars. Guilds were limited geographically, and in many French cities privileged enclaves controlled by clerical or noble seigneurs curbed the sway of corporate structures, or even created their own. Eighteenth-century Bordeaux provides an extreme example of how limited guild training was in France’s fastest-growing city. The clerical reserves of Saint-Seurin and Saint-André that housed much of the region’s industrial production had quasi-corporate structures with far more open access and fewer training requirements. In Bordeaux, journeymen contested masters’ control over labor and masters trained almost no apprentices themselves. Formal apprenticeship mattered exceptionally little when it came to training people to perform a trade in Bordeaux.