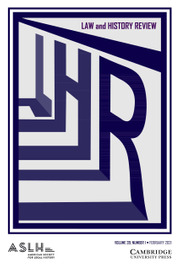 The history of Israel's relationship with its Palestinian-Arab minority during the founding decades, from 1948 to 1968, is often portrayed as a story of formal citizenship that concealed large-scale, state-sanctioned oppression under military rule. This article excavates an untold history of employment affirmative action for Palestinian-Arab citizens of Israel during these two decades which does not fit neatly into this story. Drawing on original archival research, it reveals that, during Israel's founding decades, officials adopted hiring quotas for unskilled Arab workers and for educated Arabs; requirements and incentives for hiring Arabs in government offices, Jewish businesses, and organizations; earmarked jobs and established vocational training courses for the Arab population. It demonstrates that interests in safeguarding Jewish control and economic stability aligned with egalitarian aspirations, and motivated state officials to adopt measures that promoted the inclusion of the Arab population in the workforce, albeit on unequal terms. Furthermore, these measures were part of a transformation of the state's attitude towards Arab citizens, from strict military control to a regime of “hierarchical inclusion” entailing gradual integration into the Israeli economy — mostly though its lower tiers and with a second-class status. Tracing the use of these mechanisms, not then called affirmative action but recognizable as such today, to this period of subjected population management, complicates our understanding of both this chapter in Israel's history and of affirmative action more broadly.

Taking mid-nineteenth century Belize as a case study, this article considers the role of migration in forming political, legal, and spatial geographies in a region with weak state institutions and disputed borders. The Caste War—a series of conflicts starting in 1847 in the southeastern Mexican state of Yucatán— resulted in the movement of thousands of people into the neighboring British settlement of Belize. This population movement reshaped the interface between the metropole and the settlement. This was a colony-defining moment in the development of Belize, leading to an extension of imperial control that eventually culminated in the transition to Crown colony in 1871. The refugee crisis was tied to broader Atlantic questions around asylum, law and empire. The benevolent treatment of refugees became the gauge of a “civilized” colony until the refugee crisis turned into a race crisis. This article examines how local administrators used a humanitarian discourse to enshrine white settler colonialism in a territory suddenly inhabited by a foreign-born multi-ethnic majority. The refugee label became a way to secure British sovereignty over the territory and its inhabitants, including non-British subjects, while extracting resources from the newcomers.

Between the 1870s and the 1910s, municipal court officials in southernmost Mexico recorded contracts regarding small debts and credits in what they labeled libros de conocimientos. While only very rarely citing Mexico's new civil codes of the 1870s and 1880s, the contracts contained in these registers regularly engaged with the kinds of agreements, guarantees, and enforcement mechanisms laid out in the code. They also capture an active, if still elusive, quotidian credit market for the far from well-to-do. This article uses these registers to trace the creation and evolution of Mexico's civil code from the periphery of the country rather than its center. By looking at the ways farmers, smalltime merchants, housewives, and laborers made use of its forms and norms, we can see how liberal economic policy permeated society through use. The determination of everyday people to make good on the protections and possibilities of liberalized fiscal policy cemented that policy in everyday practice.

Taking a chiefly quantitative approach to Jewish women's litigation at the Exchequer of the Jews between in the period 1219–81, this article represents the first exploration of Jewish women before the law in medieval England. It contends that, far from enjoying a level of ‘legal sexual equality’ not available to Christian women, Anglo-Jewish women at the Exchequer of the Jews in fact shared many of their experiences of (secular) law and justice with their Christian counterparts. This contention is possible in part because of the greater interest, over the last decade, in pre-modern European women's litigation and the realisation that Christian women of all classes were able to navigate their way around judicial systems in ways that confounded any theoretical legal disadvantages they may have faced. The article variously examines the number of Jewish women litigating at the Exchequer of the Jews, their roles in court and representation in the records, and the types of litigation in which they took part. It demonstrates that if we are ever to seek a holistic view of the operation of legal jurisdictions in medieval England, our knowledge must include the experiences of Anglo-Jewish women.

In a trio of cases handed down on the same day in 1950, the Supreme Court denied constitutional free speech protection to civil rights picketing and labor picketing. The civil rights case, Hughes v. Superior Court, has often been portrayed as an early test case about affirmative action, but it originated in repression of an alliance of radical labor and civil rights activists exasperated by the legislature's repeated failure to enact fair employment law. Seeking a people's law like the labor general strikers and sit-downers of the 1930s and the civil rights sit-inners of the 1960s, they insisted that the true meaning of free speech was the right to speak truth to power. Courts and Congress forced the labor movement to abandon direct action even as it became the defining feature of the civil rights movement. The free speech rights consciousness they invoked challenged the prevailing conservative conception of rights and law. Direct action was a form of legal argument, a subaltern law of solidarity. It was not, as civil rights protest is often portrayed, a form of civil disobedience. What happened during and after the case reveals how the subaltern law and formal law labor and civil rights began to diverge, along with the legal histories of the movements.

Email ThisBlogThis!Share to TwitterShare to FacebookShare to Pinterest
Labels: Journal, Law and History