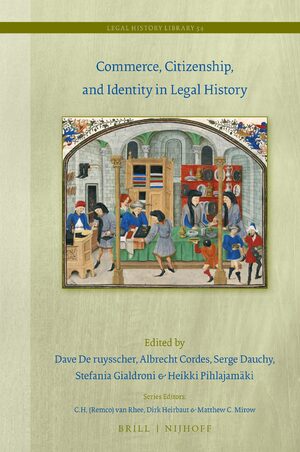 Legal historians have analysed the characteristics of merchant guilds and nationes (i.e., associations of foreign merchants), as well as the political clout of merchants, including foreign ones. However, how the legal status of citizens related to the merchant class and how its contents were influenced by trade remains largely unclear. Did governments have a policy of citizenship that was tailored to commercial interests? Were foreign merchants belonging to a separate legal category of resident? If so, what defined this category? To what extent could different types of legal status and membership of communities or guilds overlap? And how did all this affect merchants’ identities, their self-images of belonging? This collection of essays provides anwers to these questions.