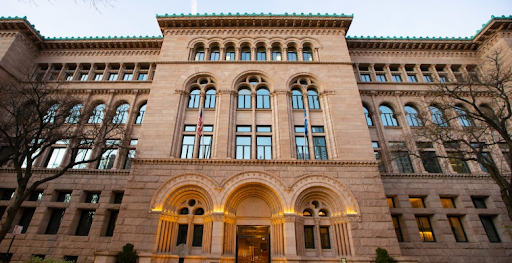 The time is long past when the Western world’s emergent commercial culture could be understood solely in terms of a Protestant ethos or the division between commerce and social morality occasioned by the Protestant Reformation. Scholarship has shown that “modern” ideas regarding commerce and “economics” had their roots in late-medieval Catholic thought and in neo-scholastic ideas that blended theology, justice, and law. It is clear as well that the rise of commercial thinking was not a linear intellectual development. Protestants and Catholics alike, facing the moral and social implications of novel “economic” relations, undertook deep theological and legal reflections regarding unbridled, competitive, exchange-oriented gain seeking. Many of these concerns were raised in the context of Europe’s westward expansion to the New World. Usury, just price, interest, legal personality, slavery, reciprocity, property, cases of conscience, doubts regarding self-regulating mechanisms, concerns for the poor—all figured in a vibrant legal discourse that simultaneously elaborated and critiqued a set of ideas regarding human economy that became dominant between the sixteenth and nineteenth centuries. This conference will bring together historians, legal scholars, and social scientists to investigate law’s historical role in enabling and regulating behaviors now recognized as foundational to modern economies.

Brian Owensby (University of Virginia) and Richard Ross (University of Illinois, Urbana-Champaign) organized “Law, Theology, and the Moral Regulation of ‘Economy’ in the Early Modern Atlantic World.” The conference is an offering of the Symposium on Comparative Early Modern Legal History, which gathers every other year at the Newberry Library in Chicago in order to explore a particular topic in the comparative legal history of the Atlantic world in the period c.1492-1815. Funding has been provided by the University of Illinois College of Law.

Attendance at the Symposium is free and open to the public. Those who wish to attend should preregister by sending an email to Richard Ross at Rjross@illinois.edu. Papers will be circulated electronically to all registrants several weeks before the conference.

For information about the conference, please consult our website at https://law.illinois.edu/faculty-research/specialty-programs/legal-history/ or contact Richard Ross at Rjross@illinois.edu or at 217-244-7890.

Here is the schedule:

12:20 to 1:50: Lunch: Participants and audience members are invited to try the restaurants in the neighborhood around the Newberry

Brian Owensby (Virginia, History): “‘All Human Life and Health Depend on the Help of Others’: Debates on Poor Relief and Society in Sixteenth-Century Spain and England”