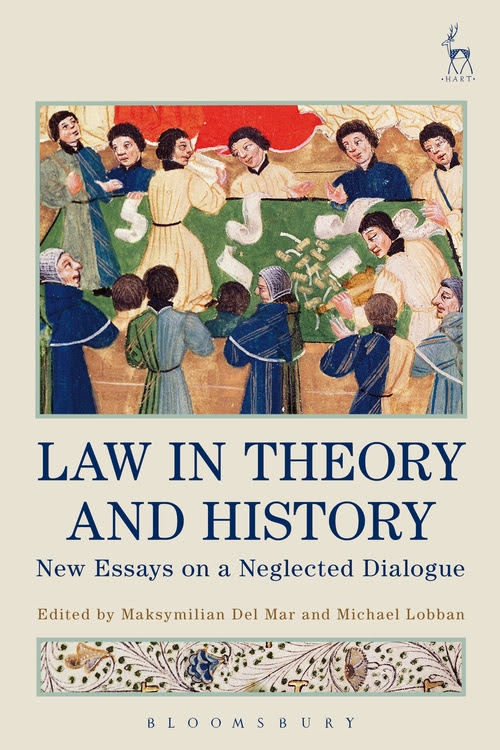 
This collection of original essays brings together leading legal historians and theorists to explore the oft-neglected but important relationship between these two discplines. Legal historians have often been sceptical of theory. The methodology which informs their own work is often said to be an empirical one, of gathering information from the archives and presenting it in a narrative form. The narrative produced by history is often said to be provisional, insofar as further research in the archives might falsify present understandings and demand revisions. On the other side, legal theorists are often dismissive of historical works. History itself seems to many theorists not to offer any jurisprudential insights of use for their projects: at best, history is a repository of data and examples, which may be drawn on by the theorist for her own purposes. The aim of this collection is to invite participants from both sides to ask what lessons legal history can bring to legal theory, and what legal theory can bring to history. What is the theorist to do with the empirical data generated by archival research? What theories should drive the historical enterprise, and what wider lessons can be learned from it? This collection brings together a number of major theorists and legal historians to debate these ideas.

Part IV: Uses and Limits of Theory in History
Legal History and Legal Theory Shaking Hands: Towards a Gentleman’s Agreement About a Deﬁnition of the State (Jean-Louis Halpérin and Pierre Brunet) (233-249)
Law, Self-interest, and the Smithian Conscience (Joshua Getzler) (250-283)
The Practical Dimension of Legal Reasoning (Stephen Waddams) (284-304)
Corrective Justice—An Idea Whose Time Has Gone?  (Steve Hedley) (305-327)