BOOK: "The 1989 Revolution in East Germany and its impact on United Germany’s Constitutional Law" by Stephan Jaggi (June 2016) 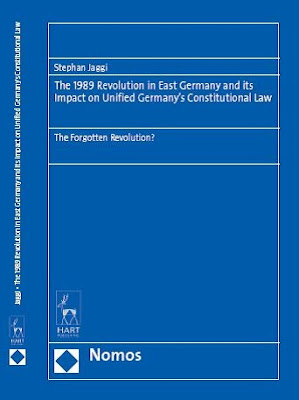 The 1989 Revolution in East Germany and its impact on United Germany’s Constitutional Law. The Forgotten Revolution?, by Stephan Jaggi

Stephan Jaggi is Associate Professor of US, German, and Comparative Constitutional Law at Peking University School of Transnational Law.