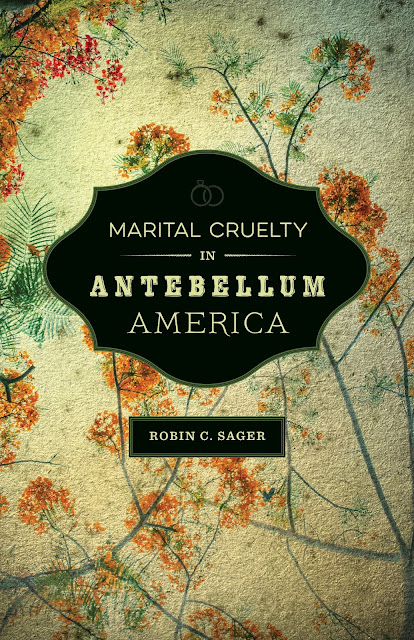 In Marital Cruelty in Antebellum America, Robin C. Sager probes the struggles ofaggrieved spouses shedding light on the nature of marriage and violence in the United States in the decades prior to the Civil War. Analyzing over 1,500 divorce records that reveal intimate details of marriages in conflict in Virginia, Texas, and Wisconsin from 1840–1860, Sager offers a rare glimpse into the private lives of ordinary Americans shaken by accusations of cruelty.

At a time when the standard for an ideal marriage held that both partners adequately perform their respective duties, hostility often arose from ongoing domestic struggles for power. Despite a rise in the then novel expectation of marriage as a companionate relationship, and even in the face of liberalized divorce grounds, marital conflicts often focused on violations of duty, not lack of love. Sager describes how, in this environment, cruelty was understood as a failure to fulfill expectations and as a weapon to brutally enforce more traditional interpretations of marital duty.

Sager’s findings also challenge historical literature’s assumptions about the regional influences on violence, showing that married southerners were no more or less violent than their midwestern counterparts. Her work reveals how definitions and perceptions of cruelty varied according to the gender of victim and perpetrator. Correcting historical mischaracterizations of women’s violence as trivial, rare, or defensive, Sager finds antebellum wives both capable and willing to commit a wide variety of cruelties within their marriages. Her research provides details about the reality of nineteenth-century conjugal unions, including the deep unhappiness buried within them.