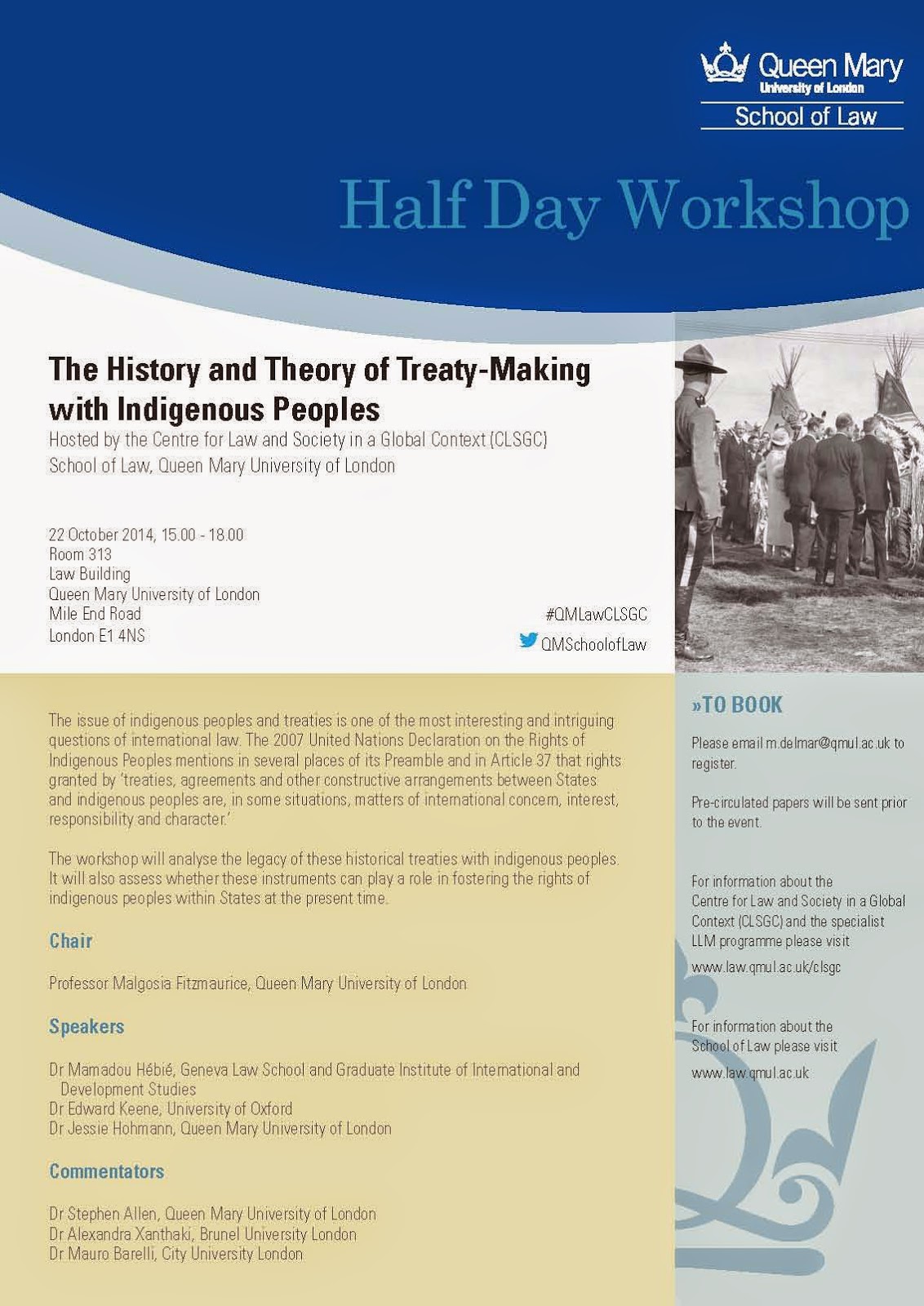 International Law Reporter announced a workshop on "Treaty-Making with Indigeneous Peoples", organised by the Centre for Law and Society in a Global Context at Queen Mary University (London), on Tuesday 22 October 2014.

The organisers describe their topic as follows:

More information on Queen Mary's website.
Posted by Frederik Dhondt at 11:19 AM