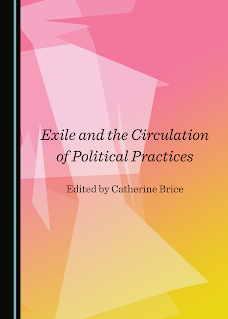 During the 18th century, visitors would come and attend the British Parliament sessions in order to understand how a representative assembly could technically function, because politics is not only about ideas, but also a lot about practices and techniques. A great deal has been written on the circulation of political ideas during the 19th century, and on the part played by exiles, refugees and military volunteers in this intellectual mobility. However, less is known of what constitutes, in the end, politics: not only ideas, but practices, the material implementation of politics. How does one debate, vote, or demonstrate? What is political representation? How does one “start” a political party, and run it? All the political engineering, of the 19th century, the period of the birth of modern politics, has been the result of an intense circulation of exiles, which, along with bringing in new ideas, borrowed new ways of “making politics”. This is what this book contemplates through a wide range of examples showing how exile turned out to be, during the century of the revolutions, the laboratory of a new political grammar and of political practices resulting in the cross-fertilization between host countries and exiled communities.

Elena Bacchin (Università degli Studi di Padova) : Britain as a Setting for the Political Apprenticeship of Italian Exiles : The case of Aurelio Saffi .

2: Speaking Out and Conspiring

Camille Creyghton (Utrecht University): Claiming the Right to Speak: The Use of Toasts, Addresses and Other Forms of Public Speech in Exile Politics, London and Paris, 1830 – 1848

Paolo Conte (Researcher at University of Basilicata): An anti-French conspiracy among Neapolitan Exiles in Paris during the Consulate: Prince Pignatelli’s attempt to “Deliver the Kingdom of Naples to the English Government”

Hispaniques et Ibériques): Exporting the Cult of Martyrs to Lands of Exile: The communities of banished Italians in France and Piedmont-Sardinia in the early 1850s

Posted by Stefano Cattelan at 9:28 AM