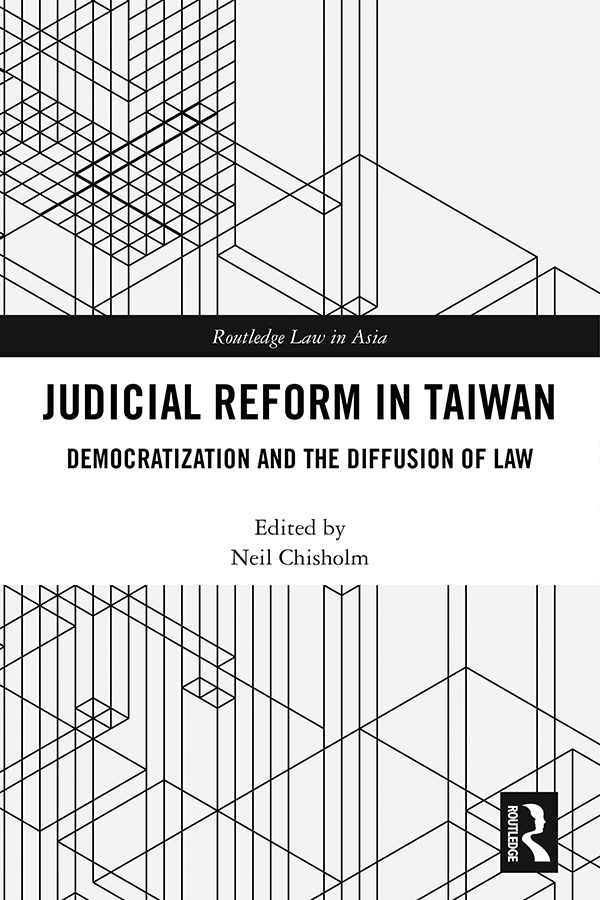 Routledge has published a book dealing with the Taiwanese judicial reforms of 1999 and following years, and which includes legal historical contributions.

This book examines Taiwan’s judicial reform process, which began three years after the 1996 transition to democracy, in 1999, when Taiwanese legal and political leaders began discussing how to reform Taiwan’s judicial system to meet the needs of the new social and political conditions. Covering different areas of the law in a comprehensive way, the book considers, for each legal area, problems related to rights and democracy in that field, the debates over reform, how foreign systems inspired reform proposals, the political process of change, and the substantive legal changes that ultimately emerged. The book also sets Taiwan’s legal reforms in their historical and comparative context, and discusses how the reform process continues to evolve.

Neil Chisholm is a Visiting Scholar at the Academy of East Asian Studies at Sungkyunkwan University, South Korea.