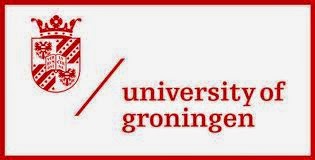 WHAT: Conference on the theme "Understanding legal reasoning: a role for history and philosophy in modern private law"

The Groningen Centre for Law and Governance (GCL) and the Department of Private and Notarial Law of the Faculty of Law of the University of Groningen, will organize the conference Understanding Legal Reasoning, A Role for History and Philosophy in Modern Private Law on 11 and 12 September 2014.

The Connection of Private Law with History and Philosophy
The privileged flow of communication which used to link private lawyers to legal historians and philosophers is nowadays reduced to a trickle. Today, most private lawyers, influenced by a European trend in higher education which encourages specialisation at the expense of foundational subjects, ask themselves why historical and philosophical modules have not yet been removed from the academic curricula in favour of legal subjects perceived as more in line with current developments.
Yet, the European legal systems were developed by jurists who were well aware of the historical and theoretical roots of their science. For example, the Pandectists, the forefathers of the influential German civil code, developed German law largely on the basis of Roman law. Even the English common law contains clear examples of the fruitful relationship linking private law to history and philosophy. Thus, William Blackstone, the author of the Commentaries on the Laws of England – arguably the most systematic and certainly the most influential analysis of English law – and the first Vinerian Professor of English Law at Oxford University, was an excellent classical scholar.
Whereas the detachment of private law from historical and philosophical investigations has its roots in the eighteenth and nineteenth century, it is during the twentieth century that the fading interest for historical and philosophical studies in Europe becomes an indisputable fact. The demise of Roman law as a system of living law, the expansion of commercial law after the Second World War, the pressure on higher education institutions to produce as many lawyers as possible in the shortest possible time: these are just some of the factors which might have contributed to the decline of the productive cross-fertilisation. For their part, legal historians and philosophers bear their share of responsibility for the present situation: beyond the lively discussion concerning the cultural and legal roots European private law, there have been few attempts to include private lawyers in the modern theoretical and historical debates and to highlight the practical significance of foundational subjects for the enhancement of the legal skills.

Supporting the Dialogue
The basic message that this conference aims to convey is that it is not only possible, but also useful for private lawyers from both academia and practice to foster the dialogue with historians and philosophers. Private lawyers from England, The Netherlands, Scotland, and South Africa with an expertise in legal history and philosophy will show through a variety of examples how these subjects can help the private lawyers.
The Approach
Rather than offering a stage to theorists for a mutual exchange of ideas, this conference will highlight the importance of methodology for the support of legal analysis in private law. Its message is simple and bold: by opening one’s mind to different methodological approaches, one will become a better private lawyer.
The proposed methodology enlarges the analytical tools at the operator’s disposal. It will offer to the private lawyer the possibility to examine legal questions from a different perspective. In so doing, it will enable the lawyer to present a more convincing case – whether it be in an academic theatre, in a scientific paper, or in a court of justice. In this sense, understanding legal reasoning is not a self-contained exercise, but an investigation with both practical and theoretical implications.
The Groningen Circle
The conference is part of a wider European project. In 2011, a Circle was founded in Groningen by academics from five European higher education institutions and practising lawyers worried for the detachment of contemporary private law from its cultural and historical sources. To counteract these developments, the Circle adopts the concept of ‘Law As an Open System’ (LAOS). The ‘openness’ of law implies the relevance of non-legal principles on the intellectual process through which the lawyer construes and understands legal mechanisms. The methodological considerations that can be evinced from the past offer an important contribution to an all-round cultural formation of the lawyer. The Circle aims to offer a forum for discussion to historians, philosophers and private lawyers to promote the reinstatement of the old connections.
Posted by Unknown at 2:10 PM