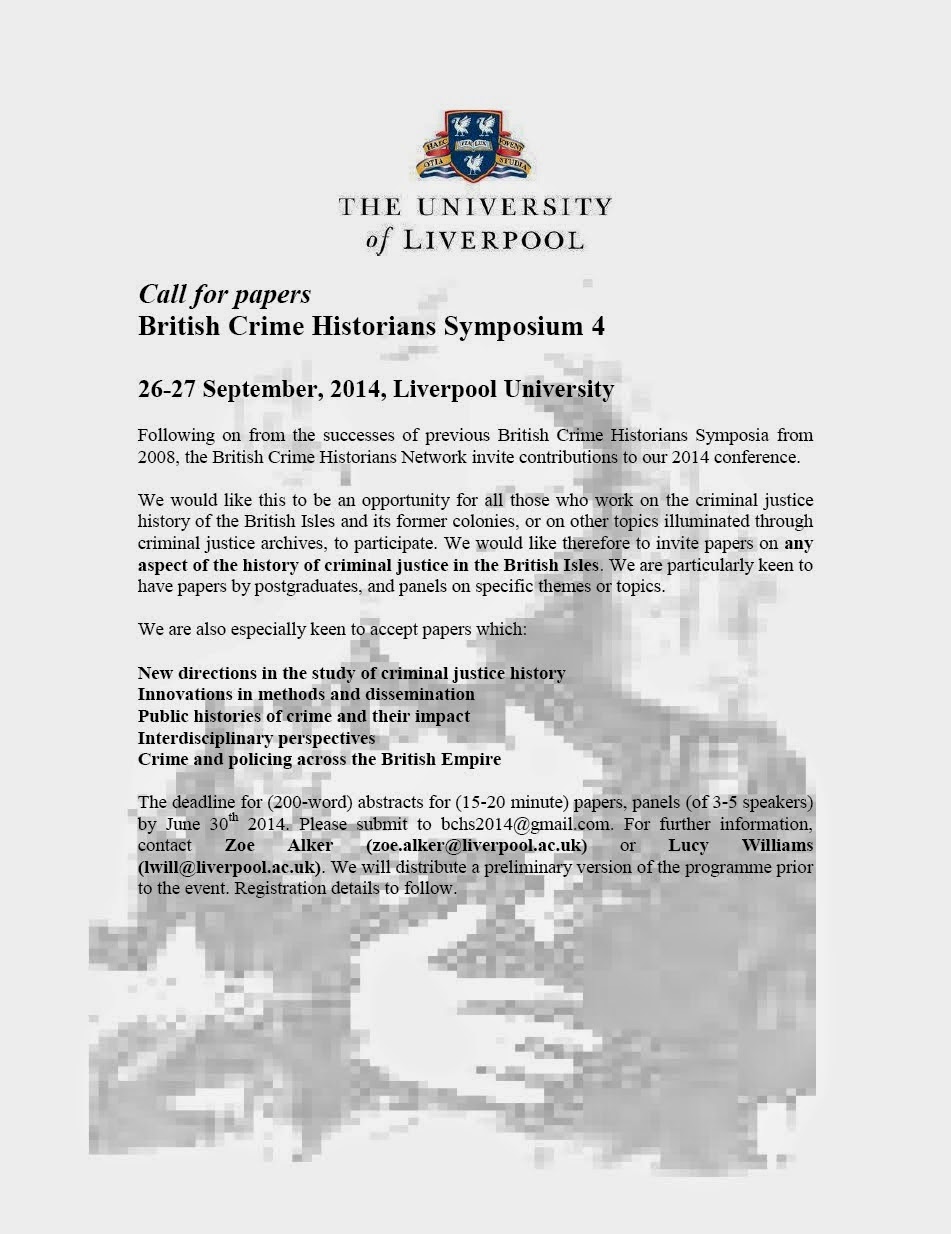 The bi-annual British Crime Historians Symposium highlights leading research in the history of law, crime and criminal justice.
This year’s conference welcomes scholars to submit panels or proposals related to any aspect of the criminal justice system in the British Isles and former colonies.
In particular, they are interested in the following areas:
Posted by Unknown at 11:19 AM