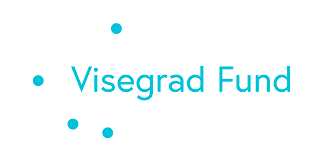 Legal historical research with the support of Visegrad Grants. The commitments focus on the support area “Culture and Common Identity” and consist of three elements:

1. English language collection of texts from the most important sources of Czechoslovak, Hungarian and Polish legal systems in the interwar period; 2. online series of webinars about the legal culture and codification movements of Czechoslovakia, Hungary, and Poland in the interwar period; 3. conference and volume of publications with the title of “Difficult heritage: interwar codification movement in Central and Eastern Europe (1918-1939)”.

The objective of the project is to integrate the Czech, Polish, Slovak, and Hungarian academic community around the issues of the legal heritage of the interwar period and to popularize joint research on this issue. This heritage can be described as difficult, because after the end of World War I, the countries of Central Europe faced the necessity of either building new legal systems or thoroughly rebuilding the existing ones. The axis of these activities was therefore the confrontation of the needs of the interwar period with the legal heritage from before 1918, generating problems regarding the continuity and discontinuity of pre-war legal systems. While research on the legal codifications of individual countries of the V4 is already far advanced, there are still no comparative approaches that would make it possible to identify the similarities and differences in the legal heritage of these countries. The research questions include, in particular, whether there are any similarities and what the differences were in dealing with problems with the codification of law in the countries of the V4 in the interwar period. It is also necessary to undertake efforts to popularize the legal identity of V4 countries through access to English-language open lectures devoted to this subject. In the dynamics of research and the dissemination of knowledge about the legal culture and identity of the V4 countries, an invaluable help will be the action of translating important interwar legal acts into English and ensuring access to them in an open access format (www.iura.uj.edu.pl).

The project is coordinated by the Faculty of Law and Administration of the Jagiellonian University (Poland). The Faculty of Law of the University of Trnava (Slovakia) and the Faculty of Law and Political Sciences of the University of Szeged (Hungary) also participate. In the project, we have translated several Polish, Czech, Slovak, and Hungarian legislative acts from the interwar period, which can be found on this link. As a part of the project, we have made webinars as well, which represent topics from the legal history of the participant countries. In order to watch them, please follow this link to the website.

The project is co-financed by the Governments of Czechia, Hungary, Poland and Slovakia through Visegrad Grants from International Visegrad Fund. The mission of the fund is to advance ideas for sustainable regional cooperation in Central Europe.

Posted by Stefano Cattelan at 10:49 AM