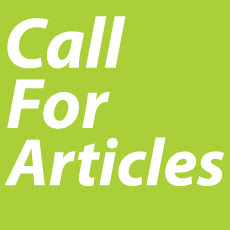 Furthermore, it is necessary to consider spatio-temporal shifts in legal definitions and public discourses at a national and international level as well as their implementation and the local practices connected with it, i.e. practices at the border, in the local (legal or illegal) brothel, at the rescue and counselling organisations, in court or in jail.

In order to deliver such a multidimensional perspective, it can be useful to offer an analysis of the legal language, legal discourse and the language used in policing practices. This includes semantic analyses of conceptual changes and shifts from “Mädchenhandel”, “white slavery” or “traite des blanches” to “Frauenhandel”, “traffic in women” and, eventually, “human trafficking”. The semantics of “slavery” deserves particular attention, because of the recurring reference to it in concepts such as “white slavery” or “Sexual Slavery”, but also due to the self-description of activists as “abolitionists”. For a perspective focusing on international law, we expect that an analysis of conceptual shifts embedded in the legal and social context and taking into account their global dimensions of transfers of meanings across borders to be particularly fruitful.

Aiming at unravelling the connection between international law and “trafficking” as part of the multi-layered dimensions of the issue at hand, we aim at discussing the controversial, but unavoidable question of what “trafficking” was and whether, if at all, it is and was captured empirically. The goal is less to find definite answers, but rather to fruitfully engage the legal and international focus to make the conceptual vagueness of “trafficking” as well as the spatio-temporal cycles of public attention devoted to trafficking the object of analysis. In this way, contradictions and discrepancies between and across various parallel discourses and practices become the centre of analysis. Who and whose experience was captured by anti-trafficking discourses and practices, and who was not? What did it mean for those affected to be discursively and/or legally categorized and contained as a “white slave”, “traded thing” or as “victim of trafficking”? What legal entitlements and what legal practices were connected to such categorization and how did these practices and the actors connected to them change in space and time?

Through such a multidimensional perspective, this edited volume aims at productively engaging with questions relating to changes in (international) law, statehood and the transnational sphere and show how “trafficking” was (and possibly still is) made in all these contexts.

We call for proposals for submissions for an edited collection. In particular, we seek proposals from various social sciences and humanities working on the issue outlined in the present call. We seek theoretically, methodologically and (for empirical submissions) empirically grounded submissions offering innovative and provocative analysis of the intersection of international law and the history (and present) of “trafficking”. A regional or temporal focus is not required.

- Short outline of the specific object of analysis, research question,
sources/data, and method

Deadline for the submission of the manuscript (German or English; max.
70,000 characters): November 15th 2017

Editors of the collection: Sonja Dolinsek, Kathleen Zeidler in
co-operation with Dietlind Hüchtker and Dietmar Müller

Kathleen Zeidler, University of Leipzig, GWZO,
kathleen.zeidler@leibniz-gwzo.de
Posted by Unknown at 6:43 AM