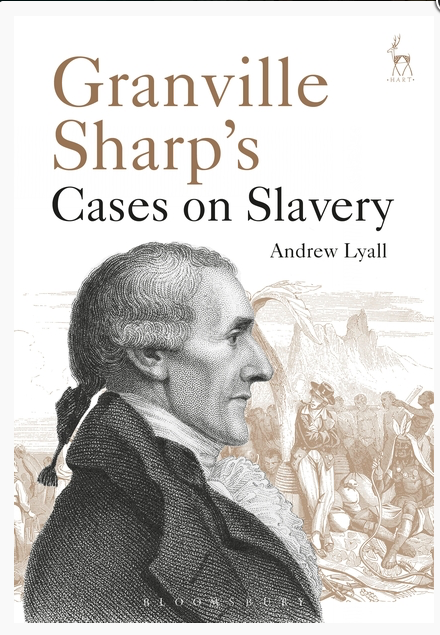 The purpose of Granville Sharpe's Cases on Slavery is twofold: first, to publish previously unpublished legal materials principally in three important cases in the 18th century on the issue of slavery in England, and specifically the status of black people who were slaves in the American colonies or the West Indies and who were taken to England by their masters. The unpublished materials are mostly verbatim transcripts made by shorthand writers commissioned by Granville Sharp, one of the first Englishmen to take up the cause of the abolition of the slave trade and slavery itself. Other related unpublished material is also made available for the first time, including an opinion of an attorney general and some minor cases from the library of York Minster.
The second purpose, outlined in the Introduction, is to give a social and legal background to the cases and an analysis of the position in England of black servants/slaves brought to England and the legal effects of the cases, taking into account the new information provided by the transcripts. There was a conflict in legal authorities as to whether black servants remained slaves, or became free on arrival in England.

Lord Mansfield, the chief justice of the court of King's Bench, was a central figure in all the cases and clearly struggled to come to terms with slavery. The material provides a basis for tracing the evolution of his thought on the subject. On the one hand, the huge profits from slave production in the West Indies flooded into England, slave owners had penetrated the leading institutions in England and the pro-slavery lobby was influential. On the other hand, English law had over time established rights and liberties which in the 18th century were seen by many as national characteristics. That tradition was bolstered by the ideas of the Enlightenment.

By about the 1760s it had become clear that there was no property in the person, and by the 1770s that such servants could not be sent abroad without their consent, but whether they owed an obligation of perpetual service remained unresolved. - See more at: http://www.bloomsburyprofessional.com/uk/granville-sharps-cases-on-slavery-9781509911219/#sthash.AY2eqVh2.dpuf