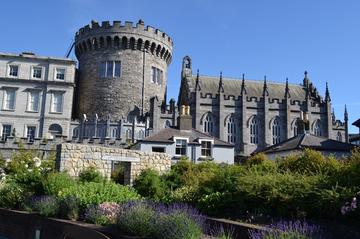 (image source: Oxford)
Conference call:
For much of Ireland’s modern history, its supposed ungovernability was proverbial, at least among British and continental European observers. Yet Ireland was in fact an intensely governed space: law, property, welfare, religion, and the landscape itself were forcibly remade through repeated exercises of coercive and others forms of power. By 1850, Ireland had one of the most advanced railway systems in Europe, and some of the most detailed maps. Public authority interacted with more diffuse networks of kinship, religion and ‘civility’ to produce an unusually resilient society by the close of the nineteenth century.
In recent decades, Irish historians of the seventeenth, eighteenth and nineteenth centuries have characterised public authority in Ireland as a kind of hybrid regime, at once ‘colonial’ and ‘European’. Building on the work of Patrick Carroll-Burke, David Fitzpatrick, Joanna Innes, K. T. Hoppen and others, this conference is concerned with the implications of this judgement, seeking to locate it more securely within a broader historiographical and theoretical framework. We want to understand how political agency and political coalitions developed in Ireland; not only in the usual narratives of constitutional, sectarian, and national conflicts, but in broader, less-studied fields of social and economic regulation, cultural transformation, intellectual history and mentalities. We also seek to bring together early modern and modern scholars of Ireland, too often separated into their respective academic silos.
Through this investigation, we believe that we can develop a perspective on Irish political development that does not define it as a set of divergences from a British (or continental European) model of historical evolution. In both European and global history, hybrid regimes of various kinds are the rule. Sovereign nation-states and stable market economies are the exception. The study of Irish history can be viewed as an opportunity to examine a set of variations on this universal theme of political complexity. It can help us to perceive the conceptual inadequacy of common analytical categories, and to develop better ones.
We welcome contributions on topics including (but not limited to) the following:
1.   The interaction between public and private authority and capital in Ireland.
2.   The politics and ideology of administration and administrative reform.
3.   The gendered nature of political authority.
4.  Interactions between social class (and how it was structured in both rural and urban environments) and the mechanics of state governance.
5.   The development and construction of public infrastructure: roads, canals, railways, public buildings, environmental and reclamation projects.
6.   The hybridities of Ireland’s ‘semi-peripheral’ location in Europe and the Empire; the role of concepts of race and civilisational hierarchy in shaping Irish governance, and the ways in which the state in Ireland interacted with non-white imperial subjects.
7.   The culture of governing and governance.
8.   The cultural reaches and limits of state authority.
9.   The distinctive Irish experience of modernisation and modernity.
10. The extent to which British modernity was defined by Irish comparison and experience.

Organising Committee:
Ciara Breathnach (University of Limerick)
Richard Butler (University of Leicester)
Peter Hession (University of Liverpool)
Olwen Purdue (Queen’s University Belfast)
James Stafford (Bielefeld University)
Matthew Ward (University of Oxford)
Please send abstracts of no more than 300 words and a research CV of 1 page to james.stafford@uni-bielefeld.de and matthew.ward@kellogg.ox.ac.uk by 12 midnight on 16 June 2019. This conference is taking place with the support of the Sanderson Fund at Oxford University. Graduate and Early Career bursaries for travel and accommodation are available. Lunch and refreshments during the conference will be provided.

Posted by Frederik Dhondt at 12:31 PM