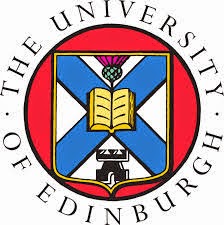 Hosted by the School of History, Classics and Archaeology, this lecture will consider the manumission of slaves in eighteenth-century Scotland, delivered by Professor John W. Cairns from the University of Edinburgh Law School.

Manumission has played a complex social role in slave-owning societies. Unlike ancient Rome, eighteenth-century Scotland was not a slave-society; but it was certainly a society in which men, women and children were held as slaves.
This was the product of the energetic activity of Scots in the British Empire: most of the individuals held as slaves had been imported from the colonies. Slave-societies typically regulate manumission as part of a complex set of regulations of slavery and slave-ownership.
But the legal position of slaves in Scotland as ambiguous; legal practices imported from the colonies and often understood - at least by lawyers - through a lens of Roman law created social and perhaps even legal norms. These ambiguities created uncertainties about manumission and how to make it effective, to allow those freed to maintain their freedom and not be sold abroad.

Join us at our 'Slavery and freedom' workshop

Following this public lecture, there is a workshop on manumission in the ancient world, taking place on 1 May.
Full information on the workshop programme, as well as on how to register, can be found on our website.

This lecture is free but ticketed. Please visit our online booking system to register.

For further information on this workshop, please contact the organiser, Dr Ulrike Roth.