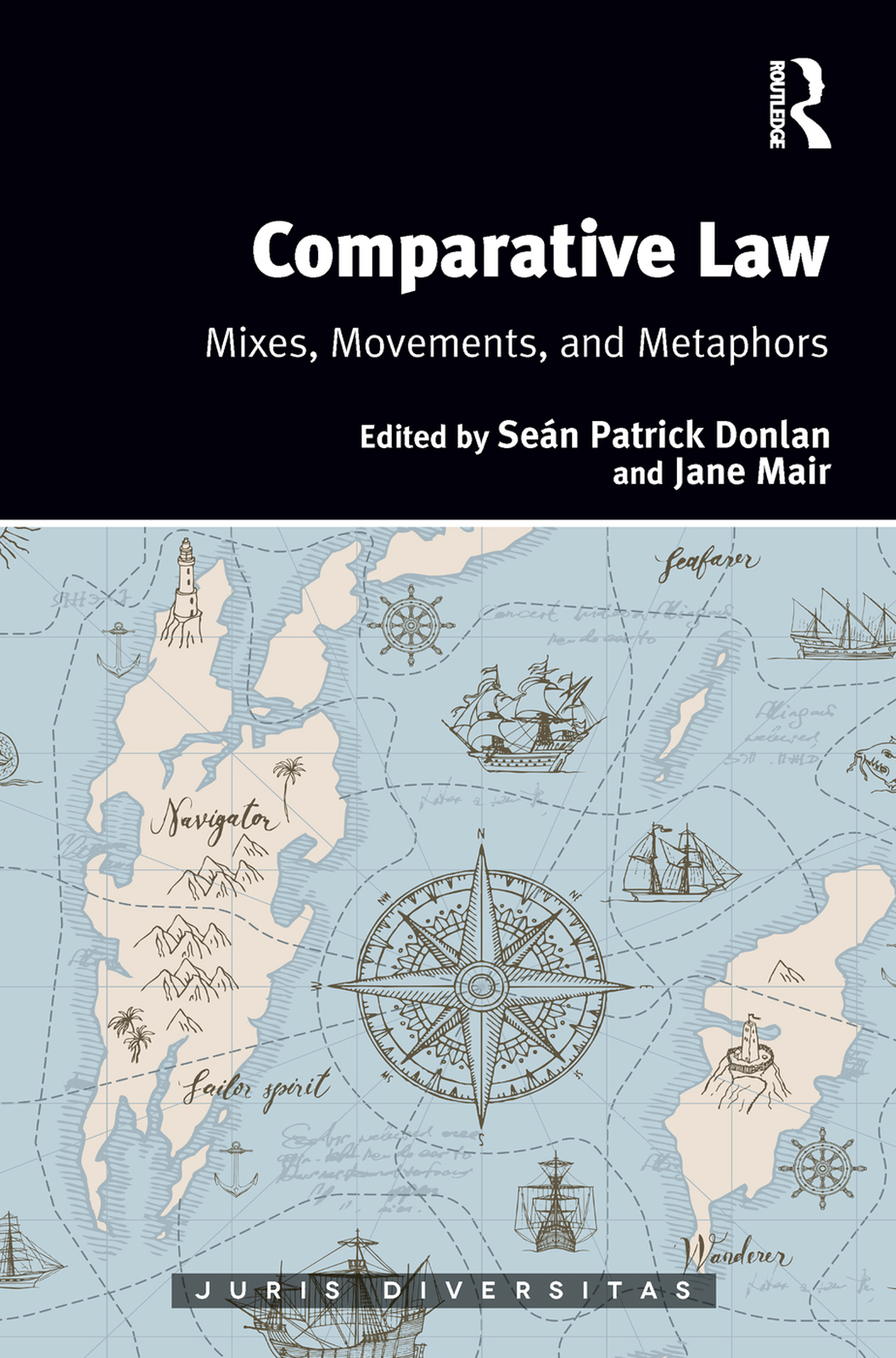 Routledge has published a new book on comparative law, which includes several contributions with a legal historical angle.

This book discusses a number of important themes in comparative law: legal metaphors and methodology, the movements of legal ideas and institutions and the mixity they produce, and marriage, an area of law in which culture – or clashes of legal and public cultures – may be particularly evident. In a mix of methodological and empirical investigations divided by these themes, the work offers expanded analyses and a unique cross-section of materials that is on the cutting edge of comparative law scholarship. It presents an innovative approach to legal pluralism, the study of mixed jurisdictions, and to language and the law, with the use of metaphors not as illustration but core element of comparative methodology.

Jane Mair holds the position of Professor of Private Law at the University of Glasgow, UK.
Seán Patrick Donlan is the Associate Dean of the Thompson Rivers University, British Columbia, Canada.

Of Mixes, Movements, and Metaphors: Esin Örücü’s Critical Comparative Law
Seán Patrick Donlan and Jane Mair
Island, Intersection, or In-Between? Legal Hybridity and Diffusion in the Seychellois Legal Tradition, c1715-1950
Seán Patrick Donlan and Mathilda Twomey, CJ
Legislating for customary land tenure: a comparative query
Sue Farran
Fairness and diversity in the South African law of contract
Jacques du Plessis
On Kites and Ships: Climate Changes in Comparative Law and Judicial Navigation
Werner Menski
On Lifelong and Fixed-term Marriage: a Study in Estrangement
Jan M. Smits
What is the role of norms and values in the reception of law?
Richard de Mulder and Helen Gubby
The Influence of the trias politica of Montesquieu on the first Dutch Constitution
Emese von Bóné
A Legal Transplant: French Law in Dutch Shallow Waters
Tammo Wallinga
The Rule of Law in Turkey: Two Steps Forward One Step Back
Mustafa Koçak
The Method of Comparative Law reconsidered in the light of Legal Epistemology and the Reception of Roman law
Laurens Winkel
Hybrid Law and Culinary Metaphor – Empty Coquetting or Something Else?
Jaakko Husa