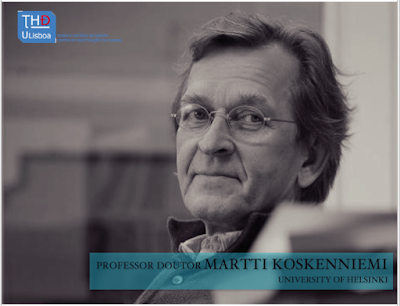 WHAT History of International Relations: property and sovereignty, Intensive Course

The foundation of jus gentium—of which freedom of trade was a part—in Suarez did not lie in natural law, as one might think, but in a modification or deviation from natural law. The original, immutable na1ª e 2ª Sessões (6 e 7 de Junho): Spanish Scholasticism and British Empire. tural law derived from God at the creation of the world and, as Suárez and the whole tradition in which he writes, including St. Thomas Aquinas, agree, provided for common ownership of all things. With the Fall, however, the requirements of the government of human societies had necessitated the division of things, divisio rerum. This had been undertaken gradually in the practice of all or most peoples so that it had become consecrated as a custom-based jus gentium. Private property arose as a concession to human sinfulness, a necessary aspect of social life among egoistic individuals. Even as its present validity was unquestioned, it looked backwards to an original Christian ethics for which freedom was also freedom from private property, and resources of the earth were managed jointly among humans. It accepted the distinction between presente reality and Christian utopia."


3ª Sessão (8 de Junho): How to deal with Eurocentrism. Martti Koskenniemi analisa a visão tradicional defendida desde o século XIX pelos teóricos das Relações Internacionais, relacionando-a com o tema do Eurocentrismo. Bibliografia: KOSKENNIEMI, Martti (2011) Dealing with Eurocentrism. In Rechts Geschichte 19.
​
"The histories of jus gentium, natural law, and the law of nations, Völkerrecht and Droit public de l’Europe are situated in Europe; they adopt a European vocabulary of “progresso” and “modernity”. Key distinctions in it between “political” and “economic”, “secular” and “religious” as well as “private” and “public” point to European experiences and conceptualizations. Even if postcolonialism has now become international law’s oficial ethos, it still remains the case that “Europe rules as the silent referent of historical knowledge”. This is true not only of the materials of the narrative but of the standards of historiography itself. What kind of history of international law would it be that made no reference to the “fall of the Roman empire” or to the rise of Protestantism, that examined colonization without the use of vocabularies of dominiumor jus gentium? European stories, myths and metaphors continue to set the conditions for understanding international law’s past as it does for outlining its futures."

Será abordada a forma como a investigação científica tem examinado o exercício do poder por meio da análise da Linguagem (Jurídica). O ponto essencial será analisar o poder do estruturalismo enquanto forma de análise jurídica. Será dada particular atenção ao poder e efeito encantatório da lei. Bibliografia: KOSKENNIEMI, Martti (2016) What is critical research in International Law? Celebrating Structuralism. In Leiden Journal of International Law 29.
"So I want to use this occasion to spell out as clearly as I can the power of the type of analysis employed in that work that may be called 'structuralist'. This is a form of analysis that separates phenomena of social life that are immediately visible from others that are usually 'hidden' but in some way contribute to producing the former so that once the operation of that 'hidden' background is revealed, we feel we 'understand' the more familiar phenomena better and are better able to deal with problems they are associated with.
Some of the best twentieth century social thought employed the metaphors of 'surfasse' and 'deep structure' to describe this kind of analysis and while this may still be appropriate, care must be taken not to draw conclusions that would be too fixed and linear to be credible. The purpose is not to lay out law-like causal invariables to be used for predicting or controlling social events but to understand the limits and possibilities offered by engagement with international law: How does the way the world is organized condition how international legal institutionswork? Is it possible to use international law to change those institutions or their distributive outcomes?"