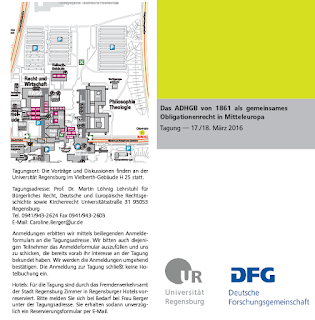 The creation of a uniform legal and commercial area in Europe is a task that is not exclusive to the 20th century. The German commercial code ADHGB (Allgemeines Deutsches Handelsgesetzbuch) created such a homogeneous jurisdiction in Central Europe by adopting the role of a common code of obligations from Aachen to Lemberg and from Lübeck to Split already in 1861.

Although that the ADHGB must be seen a model case for legal harmonisation, it has not yet been adequately researched. Prof. Dr. Martin Löhning and his post-doc researcher Stephan Wagner will therefore host an DFG-funded international conference on the topic during next spring. Interested parties are invited to register via rechtskultur@ur.de. Participation is free of charge
Program 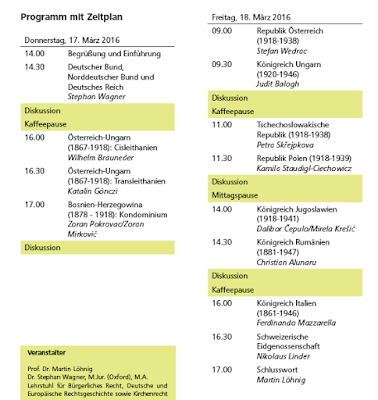