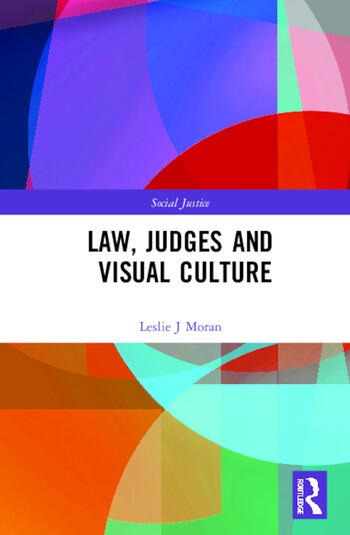 Routledge is publishing a new book on how pictures have been used to make, manage and circulate ideas about the judiciary through a variety of media from the 16th century to the present.

Law, Judges and Visual Culture analyses how pictures have been used to make, manage and circulate ideas about the judiciary through a variety of media from the 16th century to the present.

This book offers a new approach to thinking about and making sense of an important social institution; the judiciary. In an age in which visual images and celebrity play a key role in the way we produce, communicate and consume ideas about society and its key institutions, this book provides the first in depth study of visual images of judges in that context. It not only examines what appears within the frame of these images, it also explores the impact technologies and the media industries that produce them have upon the way we engage with them, and the experiences and meanings they generate. Drawing upon a wide range of scholarship – including art history, film and television studies, social and cultural studies as well as law – and interviews with a variety of practitioners, painters, photographers, television script writers and producers, as well as court communication staff and judges – the book generates new and unique insights into making, managing and viewing pictures of judges.

Original and insightful, Law, Judges and Visual Culture will appeal to scholars, postgraduates and undergraduates from a variety of disciplines interested in the role of visual culture in the production social justice and its institutions.

Leslie J. Moran is Emeritus Professor in the School of Law Birkbeck College University of London. He has an international reputation for his research and scholarship in various areas; identity politics and law; hate crime; law and visual culture. Other publications include the monographs The (Homo)sexuality of Law (1996) and Sexuality and the politics of violence and safety, with Beverly Skeggs, Paul Tyrer and Karen Corteen (2004) and a number of edited collections including Legal Queeries (1998) with Daniel Monk and Sarah Beresford, Law’s Moving Image, (2004) with Ian Christie, Emma Sandon and Elena Loizidou and Judicial Images (2018) published as a special edition of International Journal of Law in Context.

Email ThisBlogThis!Share to TwitterShare to FacebookShare to Pinterest
Labels: Law and Iconography