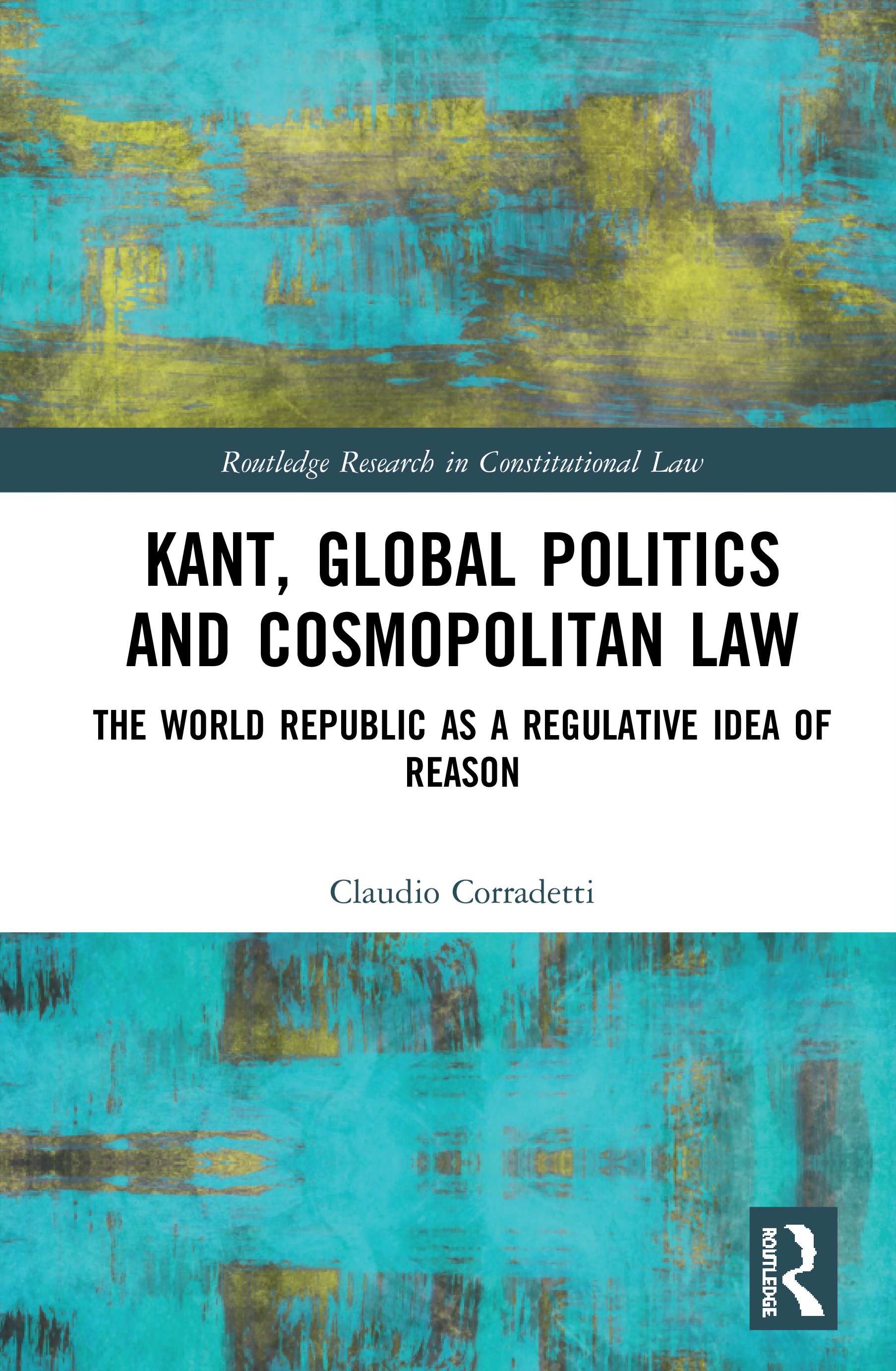 Routledge is publishing a new book on the legal thought of Immanuel Kant.

Why is there so much attention on Kant’s global politics in present day law and philosophy? This book argues that to understand the complexities of our current legal-institutional arrangements, we first need an insight into Kant’s global politics, and highlights the potential fruitfulness of Kant’s cosmopolitan thought for contemporary political thinking. It adopts a double methodological strategy by reconstructing a genealogical conceptual journey showing the development of international law, as well as introducing an interpretation of cosmopolitanism centered on Kant’s theory of a metaphysics of freedom. The result is a novel focus on Kant’s notion of the world republic. Rather than considering such political entity as something empirically realizable, this book argues that the world republic stands as a way of thinking about international politics and that the possibility of progression towards peace would result from a regulative use of the idea of a world republic.

Part 1 - Kant and the Legacy of Modernity;
1. From Universal Monarchy to Global Authority;
2. The Tradition of Internationalist Pacifism before Kant: Utopia or Cosmopolis?;
Part 2 ̶ Kant’s Critique of Just War Theory and Colonialism;
3. The ‘Sorry Comforters’;
4. Kant’s Rejection of Just War Theory;
5. Kant on Race and Colonialism;
Part 3 – Theory and Practice. The World (State) Republic as a Regulative Idea of Reason;
6. Freedom, Nature and Right;
7. The Illusions of Reason: Freedom as a Regulative Idea of Reason;
Part 4 – Juridical Constructivism and the Cosmopolitan Constitution;
8. Thinking Political, Thinking Cosmopolitan;
9 Constructivism in Cosmopolitan Law: Kant’s Right to Visit;
10 Thinking with Kant ‘beyond’ Kant. Actualizing Sovereignty and Citizenship in the Transnational Sphere;
Conclusion;