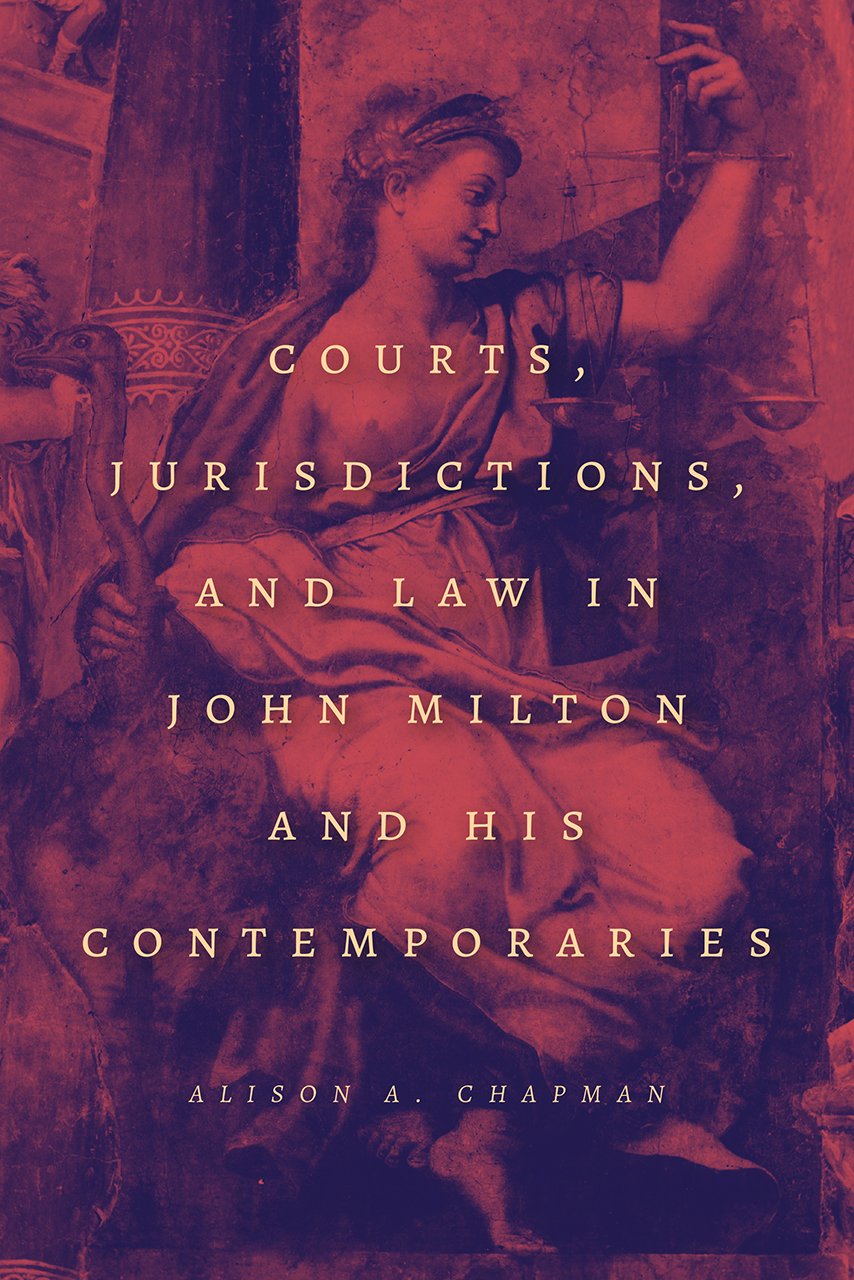 The University of Chicago Press has published a new book on law in the 17th century English poet John Milton’s work.

John Milton is widely known as the poet of liberty and freedom. But his commitment to justice has been often overlooked. As Alison A. Chapman shows, Milton’s many prose works are saturated in legal ways of thinking, and he also actively shifts between citing Roman, common, and ecclesiastical law to best suit his purpose in any given text. This book provides literary scholars with a working knowledge of the multiple, jostling, real-world legal systems in conflict in seventeenth-century England and brings to light Milton’s use of the various legal systems and vocabularies of the time—natural versus positive law, for example—and the differences between them.

Surveying Milton’s early pamphlets, divorce tracts, late political tracts, and major prose works in comparison with the writings and cases of some of Milton’s contemporaries—including George Herbert, John Donne, Ben Jonson, and John Bunyan—Chapman reveals the variety and nuance in Milton’s juridical toolkit and his subtle use of competing legal traditions in pursuit of justice.

Alison A. Chapman is professor of English at the University of Alabama at Birmingham.

A Note on Texts
List of Abbreviations
Preface: Making Sense of Many Laws