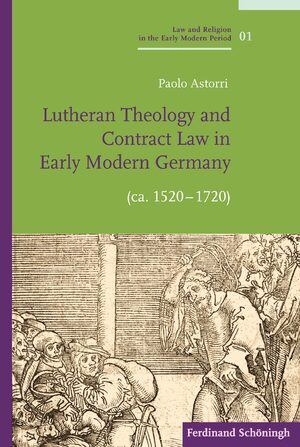 Brill has published a new book on the influence of Lutheran thought on Early Modern German contract law.

It is clear that the Lutheran Reformation greatly contributed to changes in theological and legal ideas – but what was the extent of its impact on the field of contract law?

Legal historians have extensively studied the contract doctrines developed by Roman Catholic theologians and canonists; however, they have largely neglected Martin Luther, Philip Melanchthon, Johann Aepinus, Martin Chemnitz, Friedrich Balduin and many other reformers. This book focuses on those neglected voices of the Reformation, exploring their role in the history of contract law. These men mapped out general principles to counter commercial fraud and dictated norms to regulate standard economic transactions. The most learned jurists, such as Matthias Coler, Peter Heige, Benedict Carpzov, and Samuel Stryk, among others, studied these theological teachings and implemented them in legal tenets. Theologians and jurists thus cooperated in resolving contract law problems, especially those concerning interest and usury.

Posted by Filip Batsele at 3:39 PM