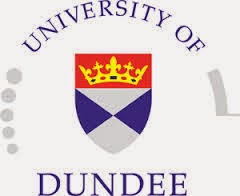 WHAT: Phd Studentship in History of race, crime and justice in the UK since 1939

WHERE: University of Dundee, School of Humanities

Applications are invited for a doctoral studentship on the history of race, crime and justice in the United Kingdom. The studentship is for three years from the 2015/16 academic year (September 2015 to September 2018). The successful applicant will be supported in developing a programme of original research that advances historical understanding of the relationship between race, racial identity, and the criminal justice system from 1939 to the present day. Some themes that may be explored include police-community relations, the racialisation of crime, media representations of race and criminality, and the work of racial minorities within police forces. The project will be supervised by Dr. Zoe Colley in the History programme.

Terms of the studentship
The studentship will cover tuition fees for three years up to £4000 per year and a bursary equivalent in line with AHRC rates (2014-15 rate, £13863). As part of the studentship award and the doctoral training programme, the successful applicant will be supported in developing their teaching skills. You will receive training in higher education teaching and undertake up to four hours of tutoring per week from the second semester of the first year of study.
The studentship is open to UK, EU, and international students. However, international students will be required to pay the difference between UK and international tuition fees.

Further information:
Over the last thirty years, a series of government reports have highlighted on-going inequality in the treatment of racial minorities within the British criminal justice system. Recent research by the Department of Justice found that black Britons are seven times more likely to be subjected to stop and search procedures than whites. They are 3.3 times more likely to be arrested than whites and make up 25% of the British prison population. In August 2013, the think-tank Release issued a report into the enforcement of drug legislation within minority communities. It found “the policing and prosecutions of drug possession offences in England and Wales is unduly focused on black and minority communities….The drug laws in the United Kingdom are a major driver in the disproportionality that exists in our criminal justice system in relation to the black community.”
This project offers the opportunity to explore the historic roots of these contemporary challenges. Much of the current literature in this area emphasises the role of government policy and legislation in tackling complaints of racial discrimination within policing, sentencing, and the prison system. This studentship aims to drive forward a research agenda that balances this top-down approach with an emphasis upon uncovering the history of black community engagement with the criminal justice system at a grassroots level. In doing so, it asserts the need to uncover the long history of racism within the British criminal justice system and the way in which notions of race and criminality have intersected within mainstream British society over the course of the last seventy years.

Eligibility:
The essential requirements are: 1) an honours degree at 2:1 or above in History of other relevant subject area; 2) a Master’s degree at either merit or distinction, or be working toward the completion of a Master’s degree with a predicted grade of merit or distinction, in History or other relevant subject area; 3) if your first language is not English: IELTS 7.0 overall, with a minimum of 7.0 in all components.
Priority may be given to those applicants who have a record of studying any of the following: 1) twentieth century British history; 2) race relations; 3) criminal justice systems.

•     How to apply:
-          Please apply to the University of Dundee via UKPASS; go to http://www.dundee.ac.uk/study/pg/research-interests/history/. Select to study a PhD in History and indicate that you are applying for ‘race, crime, and justice.’
-          Please include a personal statement of up to 1000 words detailing how your undergraduate and postgraduate studies have equipped you to undertake doctoral research, your research interests and how they relate to this doctoral project.

The deadline for applications is 15 April 2015.

Any questions about the studentship should be directed to Dr Zoe Colley. In the first instance, this should be via email (z.a.colley@dundee.ac.uk).

Further information about the School of Humanities is available at www.dundee.ac.uk/humanities.
Posted by Unknown at 9:29 AM