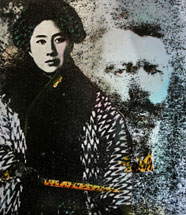 Max Weber is not only celebrated as a founder of modern social science but also for his view that modern capitalism was the achievement of a uniquely Western rationalism. His celebrated study of China argued that its legal institutions and ethical and religious culture had prevented a similar development there. But he also drew on his knowledge of China in developing his ideas of bureaucracy, authority and legitimacy.
The economic success of China over the last thirty years represents for some the biggest challenge yet to Weber's account of its culture, to his theory of capitalism and to the methods he employed in arriving at his account. But it also brings into question the self-image of the West and the idea of modernity. The conference we are announcing will bring scholars from the social sciences and humanities together in a West/East dialogue central both to mutual understanding between China and the West and also to an exploration of the possible varieties of capitalism.
All information here
Posted by Dr. Stefania Gialdroni at 11:57 AM