CFP: "All True, All Fiction: Conspiracy Theories at the Contours of Legality" (Washington D.C., 6-7 March 2015) 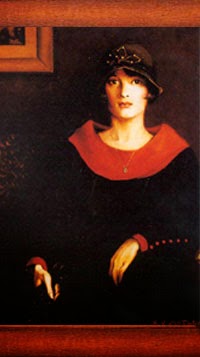 WHAT: All True, All Fiction: Conspiracy Theories at the Contours of Legality, 18th Annual Meeting of the ASLCH, Association for the Study of Law, Culture, and the Humanities, Call for papers

This panel aims to analyze conspiracy theories in their connection to law and their effect on people’s relationship to legality. At first glance, law and conspiracy theories seem to share similar qualities. Both are initially suspicious of the knowledge they are provided with; both employ methods of elimination; and, ultimately, both establish a certain ‘truth’ about their cases. Yet they are situated on a conflicting ground ontologically, ultimately aiming to achieve very different purposes. Furthermore, the law’s verdict is supposed to be final, but conspiracy theories change, differ, become amended, and get replaced by others as agendas shift. Unlike legal proceedings with a conclusive endpoint, the act of conspiratorial thinking thus needs to be constantly fed with new information. In this sense, with its claim on the finality of its verdict and authority to establish facts, the law is in a position to contain conspiracy theories while at the same time, inevitably, holding the potential to produce them by its very insistence on the certainty of the truth it engenders. This panel aims to reflect on this tension by analyzing the murkiness and (un)certainty that conspiracy theories generate at once as they confront the rituals of law, captured in such realms as courtrooms, legal documents, and government declarations. Yet, rather than approaching conspiracy theories as the final contenders on a hierarchical ladder of informed knowledge, a product of a “crippled epistemology” (Sunstein and Vermeule 2009), or a potential threat or risk to society, it analyzes them as a narrative genre that helps establish people’s relationship to the state and the legal field around them. It takes as its starting point anthropological analyses that have sought to interrogate the intersections of conspiratorial thinking with rumor, gossip, secrets, witchcraft, and magic as they vacillate between the contours of legality and the purported transparency of the state. Ultimately, the panel aims to reflect on conspiracy theories as a form of legal fiction.
If you are interested in presenting on this panel, please submit an abstract of no more than 350 words to skaptan@rutgers.edu by October 5, 2014.
Posted by Unknown at 7:03 PM

Email ThisBlogThis!Share to TwitterShare to FacebookShare to Pinterest
Labels: and the Humanities ASLCH, Association for the Study of Law, Call for papers, Culture, Law and Humanities
Location: Washington, Distretto di Columbia, Stati Uniti