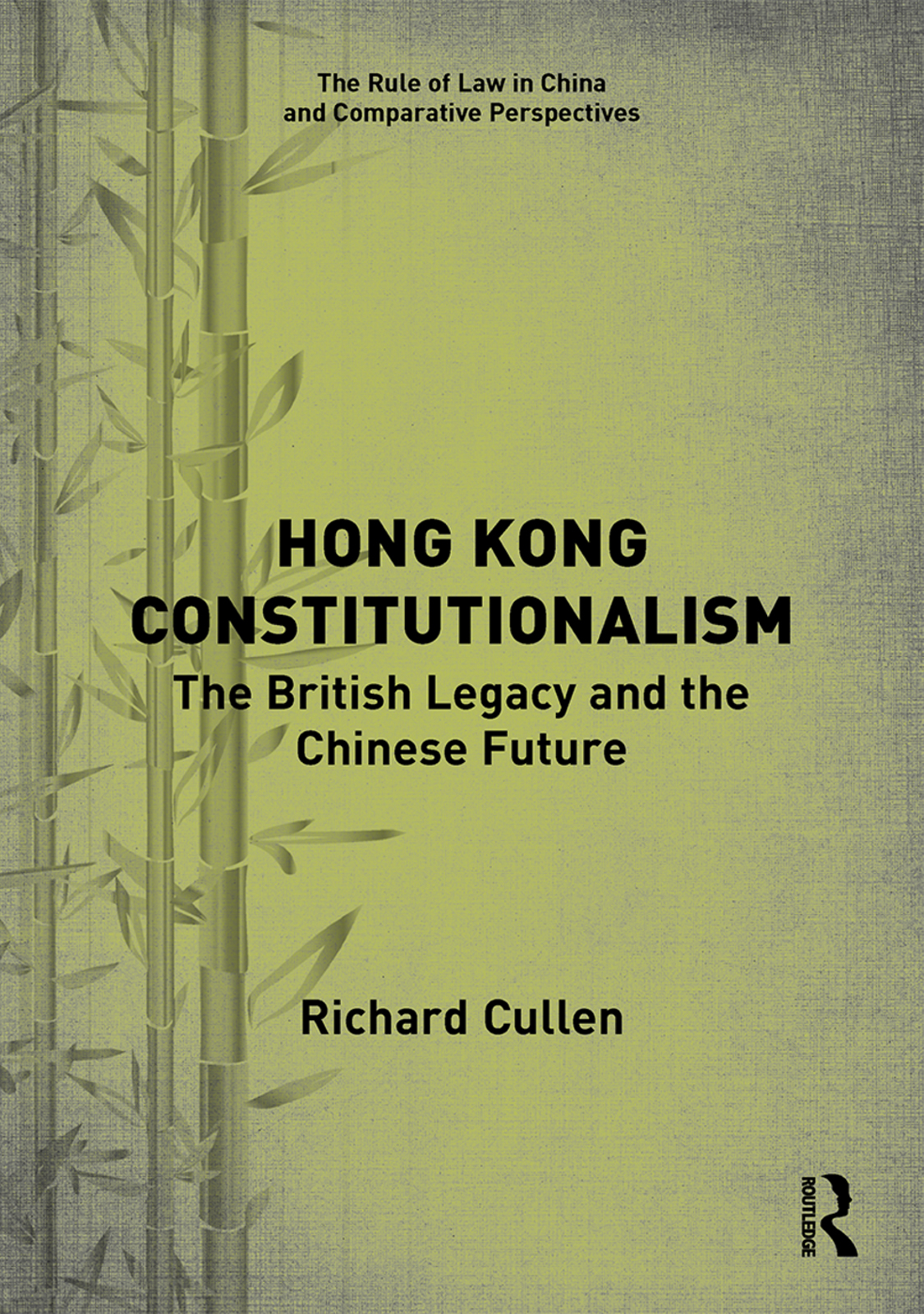 Routledge is publishing a new book on the history of Hong Kong constitutionalism.

Hong Kong is widely regarded as an exemplar of authoritarian jurisdictions with a positive history of adhering to Rule of Law shaped governance systems. British Hong Kong provides a remarkable story of the effective development and consolidation of such a system, which has continued to apply since 1997 when it became the Hong Kong Special Administrative Region (HKSAR) within the People’s Republic of China (PRC).

This book adopts a fresh approach in examining the evolution of Hong Kong’s political-legal experience. It establishes that these prominent governance achievements were built on particular British constitutional foundations forged over many centuries. The work shows how the analysis of the British theorist Albert Dicey and, in particular, `Diceyan Constitutionalism’ was fundamental, within the pivotal context of `Chinese Familism’, in shaping the development of governance institutions and operational procedures within the new British Colony.

It discusses how Hong Kong’s system of Authoritarian Legality has come to pass. Exploring the essence of that system, the study probes how thoroughly it has been stress-tested, not least in 2019, and how well it may be placed to cope with tests yet to come. It also analyzes Hong Kong–Beijing relations and the long-term prospects for the HKSAR within the PRC based on a balanced contemporary assessment of China’s exceptional One Party State.

Richard Cullen is a Visiting Professor in the Faculty of Law, University of Hong Kong. He first began working in Hong Kong in 1991. His research interests are in Public Law, Taxation Law, Comparative Law, Fundamentals of the Common Law, and Media Law. He has published extensively on these and related areas.

Posted by Filip Batsele at 9:23 AM