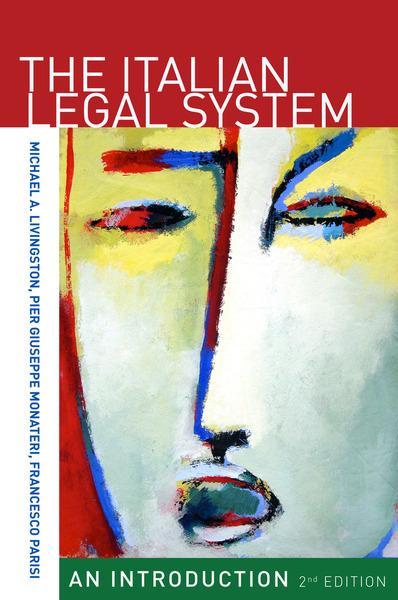 For fifty years, the first edition of The Italian Legal System has been the gold standard among English-language works on the Italian legal system. The book's original authors, Mauro Cappelletti, John Henry Merryman, and Joseph M. Perillo, provided not only an overview of Italian law, but a definition of the field, together with an important contribution to the general literature on comparative law. The book explains the unique "Italian style" in doctrine, law, and interpretation and includes an extremely well-written introduction to Italian legal history, government, the legal profession, and civil procedure and evidence.
In this fully-updated and revised second edition, authors Michael A. Livingston, Pier Giuseppe Monateri, and Francesco Parisi describe the substantial changes in Italian law and society in the intervening five decades—including the creation and impact of the European Union, as well as important advances in comparative law methodology. The second edition poses timely, relevant questions of whether and to what extent the unique Italian style of law has survived the pressures of European unification, American influence, and the globalization of law and society in the intervening period. The Italian Legal System, Second Edition is an important and stimulating resource for those with specific interest in Italy and those with a more general interest in comparative law and the globalization process.
About the author
Michael A. Livingston is Professor of Law at Rutgers Law School.
Pier Giuseppe Monateri is Professor of Law at the University of Turin.
Francesco Parisi is Professor of Law at the University of Minnesota.