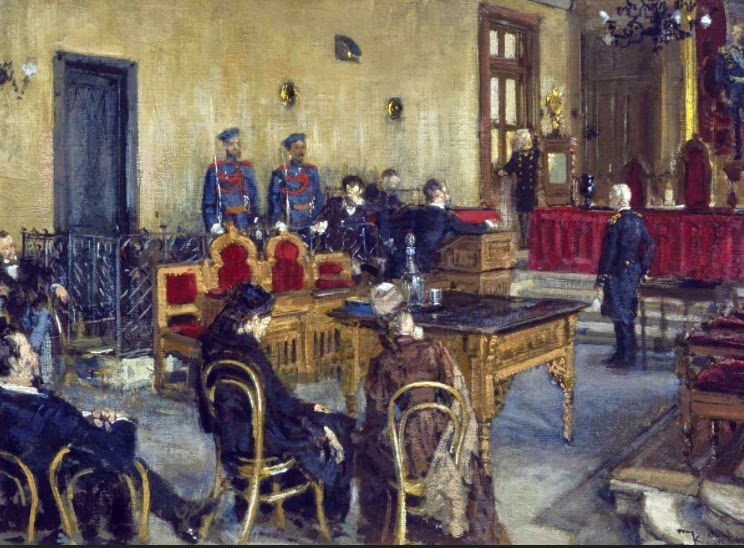 The conference was organized by the Moscow Subdivision of the Association of Lawyers of Russia during the 4th Moscow legal week (25 November to 5 December 2014) and hosted jointly by two leading centres of legal education in Russia — the Faculty of Law of Lomonosov Moscow State University and Kutafin Academy of Law. It commemorated the 150th anniversary of the Judicial Reform of 1864 in the Russian Empire, one of the turning points in Russian legal history. In the aftermath of the defeat of Russia in the Crimean War (1853–56) this reform became a crucial part of the modernization of Russia as it set out to replace the slow, unpredictable, corrupt judiciary with a «prompt, equitable, humane, and equal to all (classes)» system of justice (to quote the manifesto of 20 November 1864 of Tsar Alexander II).
By its purpose to re-examine the lessons of the past the conference motivated many renowned jurists (including those who usually deal with the contemporary law) to express their statements regarding this part of national legal history. The tone for the whole conference was set during the plenary session at Moscow State University (on 25 November) by the keynote speakers:
Valery Zorkin and Gadis Gadzhiev (the chairman and the judge of the Constitutional Court of the Russian Federation respectively), Sergey Shakhray (the vice-rector of Moscow State University), Igor Isaev (the head of the chair of legal history at Kutafin Academy of Law), Elena Borisova and Leonid Golovko (professors of civil and criminal procedure respectively at Moscow State University).
Talking about the lessons of the Judicial Reform of 1864 for modern day Russia Valery Zorkin (doctor iuris and graduate of Moscow State University) praised the national legal history as «the key to understand the logic of historical development of the law of the land». In his speech he focused on the «living history» which is «alive as long as we are willing to understand it… to look into the well of history in order to discern our own reflection down there». Zorkin went that far to describe all Russian legal history since the 19th century as the sequence of reforms and counter-reforms, the continuous clash of democratic and authoritarian tendencies. Contemplating the preconditions for the success of the former he underlined the duty of the reformers to evaluate the historical necessity of the proposed measures and to build on the continuity with the previous historical experience. Neglect of building the necessary foundation to support the modern liberal judiciary and procedural rules in 1864, according to Zorkin, caused unexpected consequences of this reform: instead of producing the social consensus in Russia it «infected the society with a rebellious psychology» (which led to the assassination of ‘Tsar emancipator’ Alexander II in 1881 and, ultimately, to the Bolshevik revolution of 1917) and pushed Russian authorities to pursue the path of counter-reforms. Hence, the lesson to be learned is that any reform should be designed and carried out to foster social consensus based on shared values and equality of possibilities. 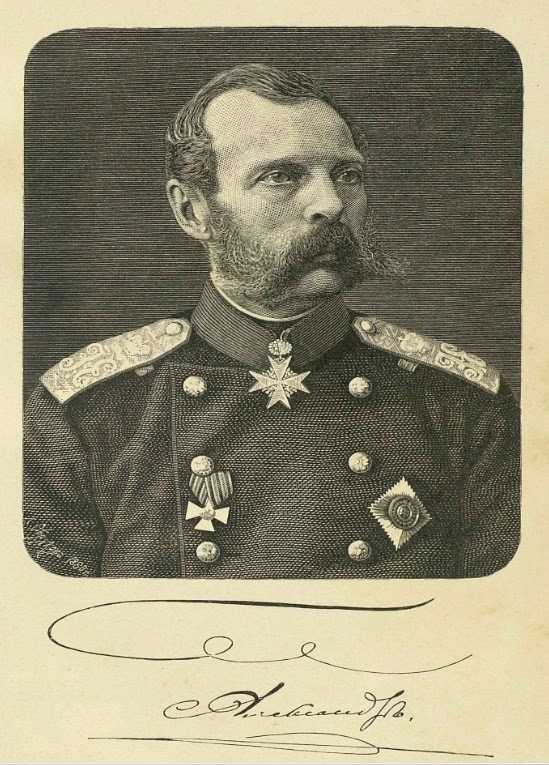 Other keynote speakers draw attention to the role of modern judiciary for establishing and maintaining free-market economy (Gadzhiev), paving the way to checks on the public authorities and separation of powers (Shakhray), breaking ground for civil society and democratic rule (Isaev). Despite various approaches to evaluate the Judicial Reform of 1864, all speakers seemed to underline the crucial importance of its lessons for Russia till now. During the first day of the conference this conclusion was backed up by Shakhray and Krakovsky who presented a new illustrated dictionary on the Judicial Reform of 1864 (with a foreword by Sergey Naryshkin, the chairman of the State Duma of the Russian Federation).
On November 26–27 the participants of the conference split up into 34 sections and workshops (held mostly at Kutafin Academy of Law) dedicated to nearly all branches and academic disciplines of Russian law. The section on legal history met on 26 November. It gathered together presenters from numerous law faculties across Russia who investigated national and foreign experience in matters of reforming the judiciary as well as judicial procedure before and after 1864. Publication of selected conference papers is forthcoming. On 28 November the debating club of the Moscow Subdivision of the Association of Lawyers discussed the current issues of Russian judicial system.
As the joint conference attracted lawyers from all over Russia, the organizers seized this opportunity to hold several other meetings, including the Third Congress of the Academy of Legal Sciences, the Annual Meeting of the Moscow Subdivision of the Association of Lawyers of Russia, the Fourth Chess Tournament of the Faculties of Law in Moscow, even the Fourth Art Festival of Moscow Law Students. 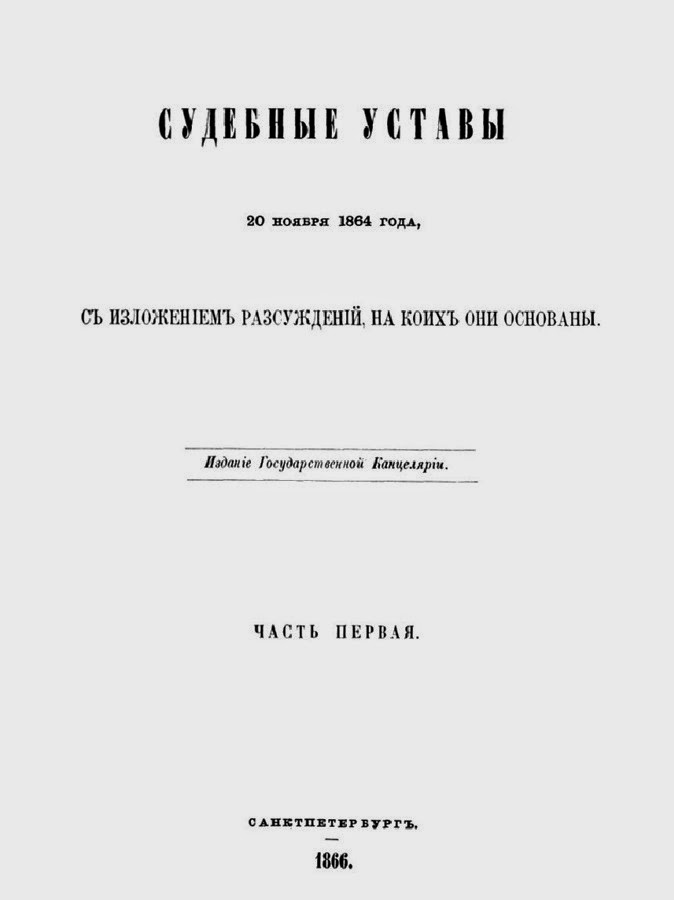 Although the primary focus of discussions during this conference was on the current issues of judicial system in Russia, it undoubtedly fostered the dialogue between contemporary national law, comparative law, and legal history.

The front matter of the official edition the Judicial Statutes of 1864 (the first part), available athttp://civil.consultant.ru/reprint/books/115/
Tsar Alexander II, engraving dated 1880, from http://dlib.rsl.ru/viewer/01003902326
Reproduction of Konstantin Savitsky’s (d. 1905) painting «Awaiting sentencing» (1895) at Tretyakov Gallery, Moscow.
Posted by Unknown at 9:39 AM