JOURNAL: Thematic Issue "Merchants and commercial conflicts in European History" (Continuity and Change, A Journal of Social Structure, Law and Demography in Past Societies XXXIII (2018), No. 3) 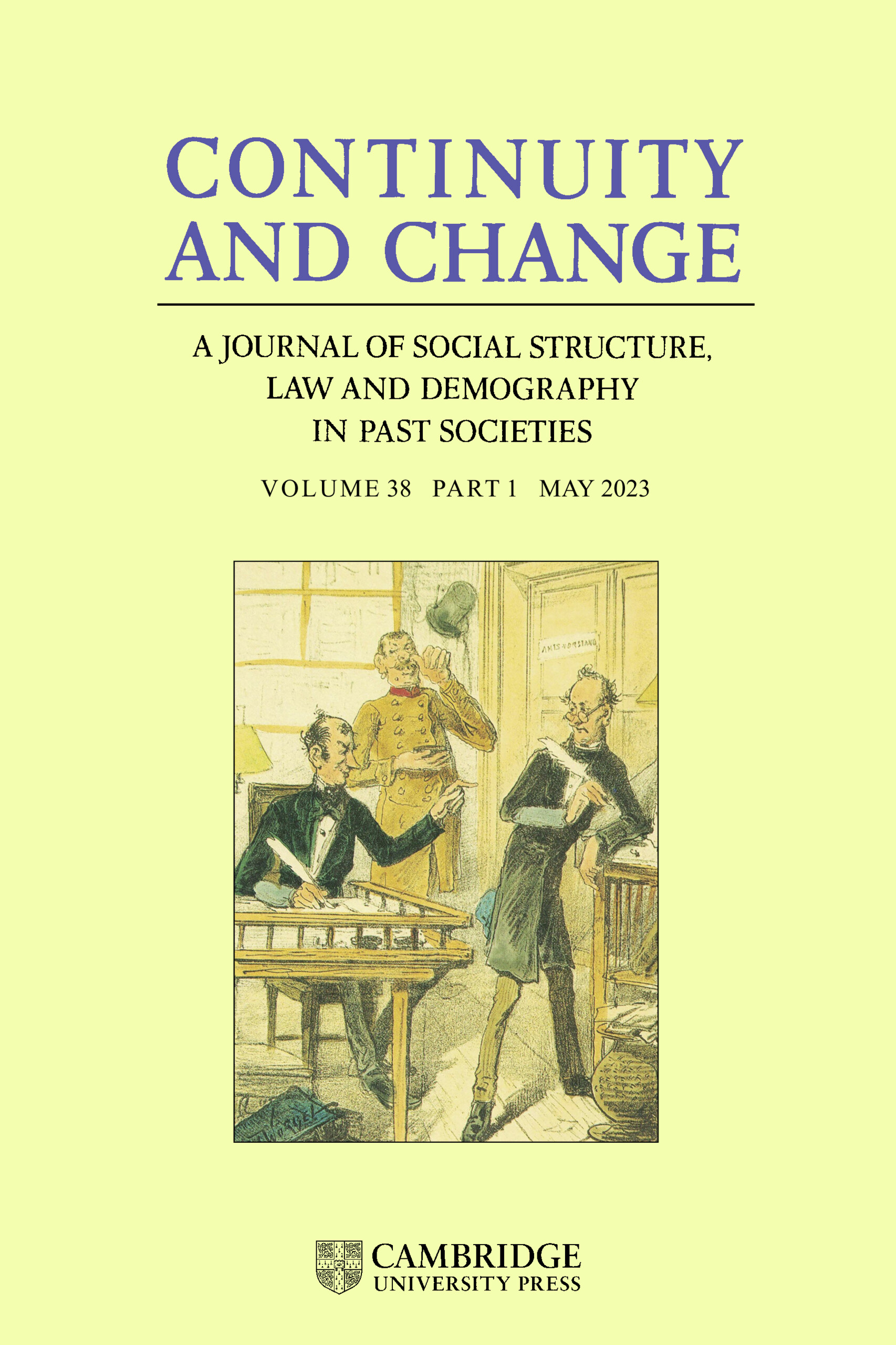 Alain Wijffels, Introduction: Commercial quarrels--and how (not) to handle them
Abstract:


The settlement of structural commercial conflicts of interest cannot be exclusively subsumed under the heading of dispute resolution. Even when a particular conflict opposing specific individuals or groups of interests could be settled, the broader underlying conflicts of interest would subsist and re-emerge. Both commercial and institutional or political actors would therefore rely on various techniques of conflict management, a process imposing restraint on the opposing parties while allowing sufficient leeway for business to be continued. Both conflict resolution and conflict management were devices of public and corporate governance, and therefore, following the late medieval tradition, instruments more or less based on established patterns of legal or quasi-legal models legitimised by accepted or conventional parameters of ‘justice’

Flávio Miranda, Conflict Management in western Europe: the case of the Portuguese merchants in England, Flanders and Normandy, 1250-1500
Abstract:


Recent historiography argues that the legal autonomy of municipal governments created the necessary conditions for successful commercial transactions and economic growth in certain parts of Europe in the later Middle Ages, and that these features attracted foreign merchants. This article uses empirical data from England, Flanders and Normandy to test the following questions: were there significant differences in rules, laws and institutions between one place and another in late medieval western Europe? Were the Portuguese merchants drawn to markets that hypothetically had more effective institutions? The findings demonstrate that legal institutions and conflict management were very similar across western Europe, and that there is no evidence that the Portuguese opted for trading in a certain market because of its effective institutions. Moreover, the article claims that the merchants seemed to prioritise protection and privilege while trading abroad, and it highlights the role of commercial diplomacy in conflict management.

Thomas K. Heebøll-Holm, Law, order and plunder at sea: a comparison of England and France in the fourteenth century
Abstract:


This article addresses the management of maritime plunder and conflict in the waters of England and France in the fourteenth century. It argues that during this century a fundamental change occurred. Around 1300, maritime conflict was handled by recourse to the strictly civil law merchant and law maritime, or by Marcher law. However by the 1350s and 1360s the kings of England and France, moved by contemporary political events and theories of sovereignty at sea, created courts of Admiralty that challenged the previous systems’ jurisdiction. These initiatives eventually paved the way for the criminalisation of private maritime conflict.

Justyna Wubs-Mrozewicz, The late medieval and early modern Hanse as an institution of conflict management
Abstract:


Ever since research on the Hanse began in the nineteenth century, there have been repeated efforts to redefine the boundaries and the core of the phenomenon. Views of the Hanse have evolved, and it has been seen by turns as a profoundly German league of towns, and as a network or organisation of towns and traders that was present in commercial centres and harbours from Novgorod to Portugal, and from Norway to Italy. In more general discussions on the institutional development of commerce in Europe, many of them influenced by the New Institutional Economics, the Hanse has even appeared as a mega-guild. The revival of the field of institutional economics and the history of commerce in pre-modern Europe has recently spawned a reappraisal of Hanseatic sources. The present article contributes to this debate by arguing that from the perspective of conflict management, the late medieval and early modern Hanse was an institution. There were several institutional mechanisms, such as a strong preference for mediation and arbitration in conflicts between individuals, as well as a mediation strategy for internal conflicts between towns. All of these mechanisms combined in a multifaceted institution of conflict management, which represented the added value of Hanse membership for traders, and for their towns.

Andrea Caracausi, A reassessment of the role of guild courts in disputes over apprenticeship contracts: a case study from early modern Italy
Abstract:


This article analyses the mechanisms of conflict resolution in apprenticeship contracts using a large database of disputes from early modern Italy. It finds that the guild court under investigation (the Padua Woollen Guild court) did not enforce training contracts, but rather sought to improve on incomplete contracts by adding clauses, thereby helping individuals renegotiate and redefine the contractual arrangements into which they had decided to enter. However, power relations within the court operated largely in favour of employers, both merchants and master craftsmen. The article concludes that alternative contract enforcement systems, such as municipal or state courts, were probably better suited than corporative systems for resolving disputes surrounding apprenticeship.