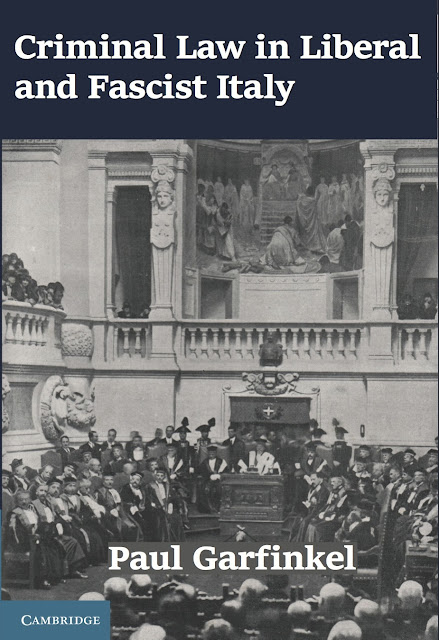 
By extending the chronological parameters of existing scholarship, and by focusing on legal experts' overriding and enduring concern with 'dangerous' forms of common crime, this study offers a major reinterpretation of criminal-law reform and legal culture in Italy from the Liberal (1861–1922) to the Fascist era (1922–43). Garfinkel argues that scholars have long overstated the influence of positivist criminology on Italian legal culture and that the kingdom's penal-reform movement was driven not by the radical criminological theories of Cesare Lombroso, but instead by a growing body of statistics and legal researches that related rising rates of crime to the instability of the Italian state. Drawing on a vast array of archival, legal and official sources, the author explains the sustained and wide-ranging interest in penal-law reform that defined this era in Italian legal history while analyzing the philosophical underpinnings of that reform and its relationship to contemporary penal-reform movements abroad.
Posted by Unknown at 9:27 AM