ARTICLE: Ramis-Barcelò on "Petrus Ramus on Law and Jurisprudence" 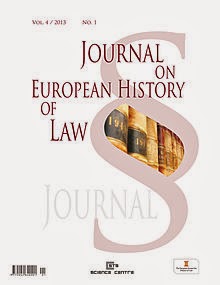 Abstract
This article, understood as an overview, tries to study the influence of Petrus Ramus on Law and Jurisprudence, according to two main criteria:
the study of his writings (direct influence) and the study of the indirect influence on the historical development of the Legal and Political theory. The most relevant conclusions are that in Ramus’s scripts there are no major references to Law, but the most decisive influences are in the methodological
works. The influence of Ramus was deeper in Public Law and in Political Theory than in Private Law. Nevertheless, it was neither a definitive orientation for Civil Law nor for Jurisprudence because the dilemma between a Systema iuris and a casuistic practice of Roman Law of the 16th century was not solved.