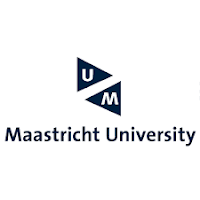 Ius Commune in the Making: Great Debates in the History of Law

The 26th Ius Commune Conference will take place in Maastricht (25-26 November 2021), and a Workshop will be devoted to “Great Debates” in the history of law.

The workshops on “Comparative Legal History–Ius Commune in the Making” aim to reveal and understand the nature and effects of various legal formants in the development of law. Indeed, forces of legal formants are too often lost or hidden beneath a superficies of commonalities. History is a living laboratory. In the past, we explored the role of legal actors (Edinburgh 2014), legal sources (Maastricht 2016), force of local laws (Utrecht 2017), methods and dynamics of law (Amsterdam 2018), networks (Leuven, 2019), and paradigmatic shifts (Maastricht, 2020).

The current Workshop aims to explore the way in which debates–be these academic, judicial, social, or political–have an impact on law and society. Further, it aims to explore how these Great Debates gain a place of pre-eminence, triggering divides but also synergy and joint efforts, remaining in the narrative or fading away. Societal and political debates took place on participation in public powers leading to the eighteenth-century revolutions, and the modern constitutions; social debates took place as corollary to the Industrial Revolution, leading to a change in legal reasoning (eg, Libre recherche scientifique). Great Debates merit attention (eg, colonialism, economic power of private companies), being palpable across time. Likewise, grand academic debates have been omnipresent, on various levels, occasionally causing stagnation of legal science, yet on other occasions triggering seminal changes. Some legendary debates confirm this statement. For example, the early encounters between Proculians and Sabinians, though shrouded in mystery. Examples are found also in the Medieval Investiture Controversy and in the twelfth-century disputes between Martinus and Bulgarus. The tracing of controversies can extend to the encounters in the modern period on codification between von Savigny and Thibaut or between Kemper and Nicolaï. The catalogue of Great Debates ought to include the clash between Loeff and Struycken on the need for separate administrative courts in the Netherlands. The common law was not free of Great Debates, and the quests of Bentham offer rich examples.

Tournaments of Scholars (Sweeney 1972) may keep alive or ignite the interest in the study of a specific aspect of the law or of the actors that shaped the law. This Workshop invites to address those Great Debates, exploring the process of their making and perception, the shifts they may have gestated in the creation, interpretation, and/or application of the law. This Workshop aims to highlight those moments in time in which ideas came to fruition, to find themselves juxtaposed or aligned, and sometimes lost, like tears in rain, throughout the history of law. Further, a look into these seminal debates can explain oscillations and malleability of law, moving across time and space, through legal cultures and systems.

We need to understand and be aware of the different clashes that took place in the past, and hence understand an important way in which law is shaped. As always, calls for change may be heard, from within or from outside the legal domain. History is a necessity, as it offers us the opportunity to identify and analyse change. We seek to identify the nature of these Great Debates and the changes they entailed. Reasons and motivations for change may be highlighted, and reveal the contextual formants, like prevailing ideologies, in time and space. Great Debates took place at different time periods, including Roman law, the learned ius commune, nineteenth-century codification, and the more recent efforts towards a harmonization of law in Europe. Law in the making can be better explained by a look into Great Debates at different times and places.

Senior researchers and PhD candidates are invited to submit an abstract of a paper related to the above-mentioned theme. Abstracts (max. 400 words) should be sent to Agustín Parise (agustin.parise@maastrichtuniversity.nl) no later than 15 July 2021. Shortly after that, the authors will be informed whether their papers are selected for a presentation during the Workshop. All contributions should be in English. Co-authored papers will be also considered. The organizing committee will give preference to early-career researchers when facing submissions of similar high quality.

Researchers from within and outside the Ius Commune Research School will be eligible to present abstracts. Please also forward this call to colleagues who might be interested.

Should you have any questions please do not hesitate to contact a member of the organizing committee,

Posted by Stefano Cattelan at 11:36 AM